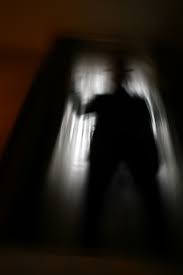 Over the years, I have worked with numerous teenagers.  I am a therapist, so most of the teens I see are struggling with some massive issue in their life.  They are unhappy with their family, they have been abused, or they have mental illnesses.  Many issues have brought teenagers to my sofa and I love working with teenagers.  They are open and willing to try new things.  They haven't been so scared that they can't change.  Over the last several months, I have become profoundly aware of a trend I have seen in a couple dozen of the teenage girls I have seen over the years.  I have noticed that over my long history of practice, many teen and preteen girls ages 10-15 have come to me saying they see shadow people.

From a clinical perspective, it is easy to say that flushes of hormones through the brain and the unique social stressors of puberty and adolescence at this age push young adolescent girls over the edge and they begin to imagine things.  Neurologically adolescent children are going through radical change and it could cause shadow like visions.  The girls who come to me with the shadow person issues have many different philosophical and religious orientations and perceive the shadow people as different things.  Some girls think they are ghosts.  Others think they are demons.  Quite a few of my girls have believed they are going crazy and that they are hallucinations.  It should be noted that none of these girls have ever had any other symptoms consistent with psychosis.

As I also am interested in the paranormal, I also think it is relevant that poltergeist activity is most common in children ages 10-15.  Poltergeist activity has been reported since the Roman Empire and history is littered with tales of young girls haunted by ghosts and hostile spirits.  In a recent article in the new scientists theorists described this activity as being attributed to changes in the brain during puberty.  "Rovetto and Maxia hypothesize that the changes in the brain that occur at puberty involve fluctuations in electron activity." (https://www.newscientist.com/article/dn13563-theyre-here-the-mechanism-of-poltergeist-activity/).

In the paranormal community, shadow people and poltergeists are believed to be very different beings.  Shadow people are thought to be hostile spirits, demons or ghosts as poltergeists are thought to be the manifestations of telekinetic power in young teenagers.  Shadow People are sometimes linked to hypnogogic dreams or sleep paralysis, but these girls were all wide awake when they saw their shadow people.  So this leads me to the question?  Could these girls actually be more perceptive and more open to seeing into the spirit world?  Could they actually be seeing ghosts?

From a clinical perspective, I have to say no, but the ghost story collector in me has to wonder if it isn't something paranormal.  Perhaps puberty opens these girls up to something larger and the terror associated with this is what should be treated?

Paul Hill said…
In my experience as a paranormal investigator, I have noted that women in general are more likely to be clairvoyant (ability to "see" ghosts) then men. Are the precursors to grown women (teenage girls) simply showing the early expression of that ability? We know that the brain chemistry of women and men are different, and indeed that may offer an explanation of this gender differential. As you know, there's also a difference between poltergeist activity generated by young girls, and the perception of "shadow people" and other forms of paranormal phenomena which people of all ages and gender experience from time to time. The latter seem to exist independently of anyone's predilection to sense them; the experience seems to depend on how sensitive the subject is.
March 22, 2017 at 11:55 AM

Jessica Penot said…
Thanks for the insight Paul! You had many good points and I agree about the difference between men and women and how that could play a role in this.
March 28, 2017 at 11:40 AM