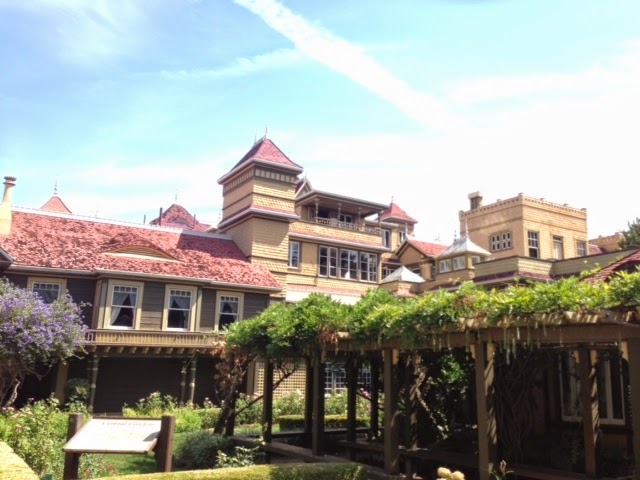 Sarah Winchester lost her husband and her baby when she was young. Up until that point, she had lead the perfect life.  She was a rich woman and was surrounded by luxury.  Her husband had been heir to the Winchester fortune and his family had made millions selling and manufacturing the famous Winchester Riffles.  The fortune given to her by these guns was astounding and after her family died, she blamed this fortune for their death.  A medium convinced Ms. Winchester that the ghosts of those killed with Winchester Rifles has contributed to the death of her family.  These ghosts were still angry and would seek revenge on Mrs. Winchester unless she bought a house and never stopped building. 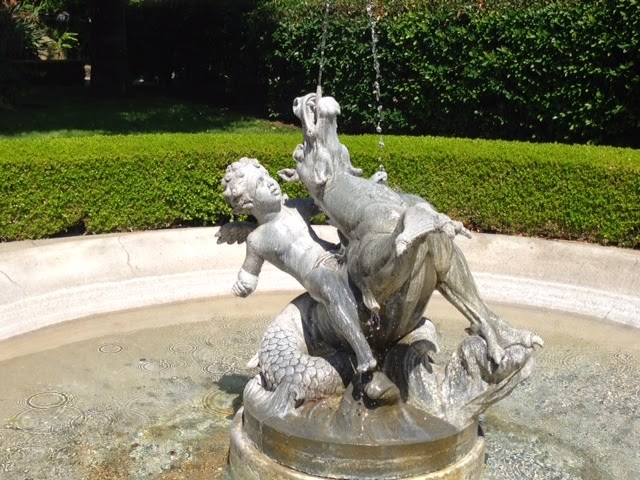 architectural events in the United States.  It is a building that was built by either spirits or madness or maybe a combination of both.  Everyday Mrs. Winchester drew up blue prints for new additions to the eight bedroom farmhouse she bought in San Jose California.   These blue prints were drawn up in her Séance room.  No one but her was allowed in or out of this room.   Once she presented new blue prints to her construction team no one was allowed to question them no matter how nonsensical or impractical they were.  The resulting house is a nest of endless rooms, stairs to nowhere, windows into the floor, upside down pillars, doors that open to nothing, endless chains of strange rooms, and chaos.  It is miles long and truly haunting and labyrinthine.

In the small tour of the house we took, we walked for over a mile and we didn't even take the "grand tour". 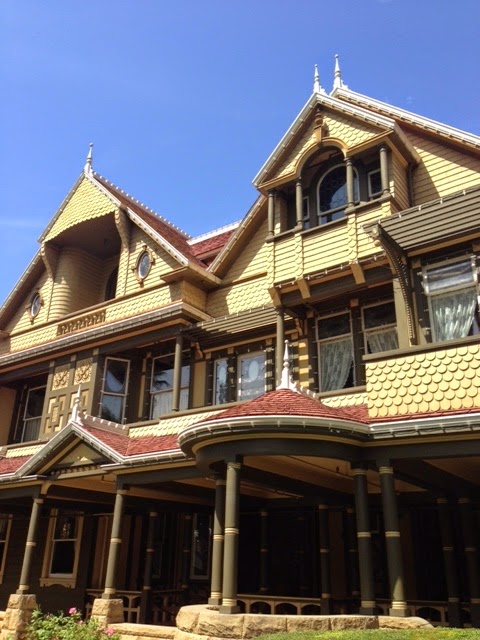 The house felt haunted to the core and is possibly one of the creepiest and most beautiful places I have ever been.  This bizarre house inspired Stephen King to write Rose Red and it inspired me to marvel at the fine line between spiritualism and mental illness.  The photographs included in the blog are only a glimpse of the oddness that is The Winchester Mansion.

Gatekeeper said…
Looks like an interesting place to visit.
September 3, 2014 at 9:35 AM

Wayne Miller said…
The Winchester House has been on my list of "Places I have to see before I die" for years! Ever since I saw a feauture about it on "That's Incredible!" (Yes, I've just revealed my age, but I WAS just a little boy at the time. :) )
September 12, 2014 at 11:27 AM