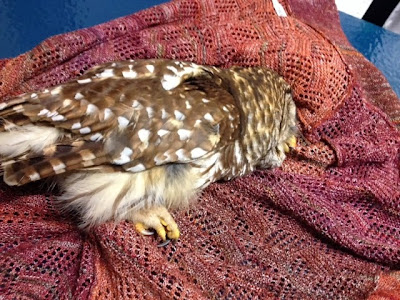 Owls have been a reaccuring symbol in my life. In folklore and mythology, owls are seen as creatures that can travel between worlds.  In Egyptian, Celtic and Hindu cultures owls are the guardians of the spirits of the dead and they guide spirits from one world to the next.  They are symbols of wisdom, intuition, and the ability to see the beyond.

A few weeks ago, I had another amazing encounter with an owl.  An owl fell onto my car from a tree branch.  I didn't know what had hit my car at first, but I turned around to find out.  I found the owl looking almost dead in the tall grass beside the road.  I wrapped the owl in my sweater and drove it to my vet.  On the way there, the owl awoke and sat up.  It didn't open its eyes.  It just sat quietly, wrapped in my sweater.   I carried the bird in and it fell down and seemed dead again.  Finally, it got up and opened its eyes.   Fortunately, Wheeler Wildlife refuge has a raptor recovery program and my vet was able to contact them.  The bird was taken to the Wildlife refuge for rehabilitation, but I was left slightly stunned by the beauty and the power of the bird I had actually held in my arms.  It was a barred owl and it was beautiful.  I have to wonder why owls keep coming into my life sometimes, but I am always grateful.

Owls are important symbolically in many cultures. In ancient Greece and Rome, they were linked to Athena and considered symbols of knowledge and wisdom.  In Arthurian legend,  Merlin is often depicted with an owl on his shoulder and again, the owl is linked to wisdom.  In Japan,  owl statues are said to ward off plague and illness.  In some Native American cultures owls are linked to knowledge and magic.  I knew all these things when I chose owls as the decorative theme for my new baby's nursery.   I didn't know the darker side of owls.  In many cultures, especially the Apache culture, owls portend death and are associated with the dead.  The Apaches are not alone.  Many other cultures see owls as linked death.    Of course, I choose to ignore all the cultures that see owls as ill omens in the same way I have ignored the ill omens associated with black dogs and cats.  Some of my favorite pets have been black dogs and cats and they've only brought good luck to me.

Therefore, as I sat in my owl themed nursery late at night just before my son was born,   I saw owls only as good omens.  They have become a symbol of my baby boy.   They are wise and beautiful creatures of the night. 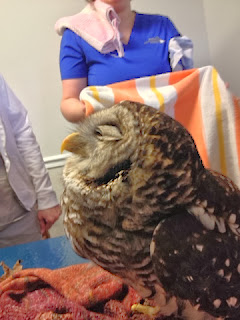 My neighborhood and my house have no trees.   So birds of any sort are a rare commodity in my neighborhood.  The lake brings geese and goose poop, but owls are never seen in my neck of the woods.   However,  the night before my baby was born,   as I sat in the nursery, unable to sleep and very pregnant, the call of three owls filled the night air.  I sat up and listened to them hoot back and forth to each other with their distinct calls for over an hour before I drifted off to sleep.  The next day I held my baby in my arms, making owls forever a good omen for me.  I'm not sure if there was any real significance to the presence of the owls, but to me there was something mystical to their presence that night.  They were omens of life to come. 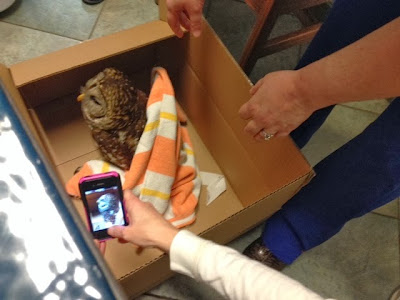 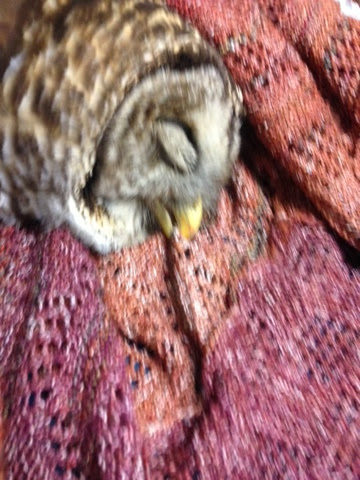 Julie Ferguson said…
Good for you for rescuing the owl. They are beautiful creatures.
February 27, 2014 at 2:56 PM

Anonymous said…
Noticed also with this deck is how a narrow stream attempts to make its
way via numerous layers of earthen rock.
But then, along with the great, there are the poor. Friday delivers the initial Full Moon after the Spring Equinox.