The Breathtaking, Haunted Beauty of The Linn-Henley Library 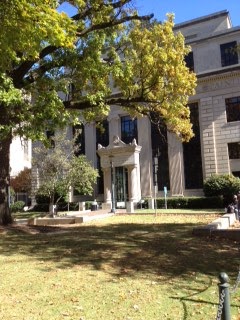 Halloween is over.  It was an amazing Halloween this year.   For one, I got to speak at The Birmingham Public Library Archives or the Linn-Henley Research Library.   I have been fascinated by this old building and its hauntings and history for years so telling ghost stories in this library was like achieving a big goal for me.   The Birmingham Archives is a building of uncommon beauty.   When you step in, you are greeted by some of the most striking murals ever to grace the walls of an old building.   These murals were done by Ezra Winter and each scene represents the amazing literature of the world.  One mural shows a scene from A Thousand and One Arabian Nights.  Another mural shows a picture of Krishna for the Bhagavata Purana.   Walking through the library is like walking through a living, breathing work of art. 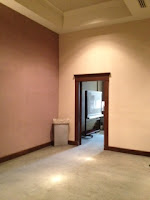 The beauty of the library is amplified by the uncanny quiet that fills the building like a tangible presence.  The silence makes the building feel haunted and this feeling is not false.  The staff at the library are happy to tell tales of Fant Thornly, a former librarian who wanders the halls of the old building at quiet moments.  Many have seen Fant wandering the archives.  The have smelled his cigar smoke lingering in quiet corners and heard him riding up and down on the elevators.  One electrician described seeing him standing in the very doorway of the room that I told my ghost stories in.   One librarian picked a picture of Fant out of a stack of old photos she was given and named him as the ghost she saw in the room I spoke in.

The Linn-Henley Research Library was built in 1927 and was the Birmingham Public Library until 1984. At this time the primary library was moved across the street into a modern building of glass and harsh angles. The two buildings are attached by a catwalk and the architectural differences between these two buildings that are connected like Siamese twins are so vast that they should be in different countries. But the two buildings are bound together by their common purpose.

In 1984 when the old building was partially abandoned it took on a new purpose and became the archives where the old books were stored and the history was kept. There are no stories of bizarre deaths here. There are no horror tales of Indian burial grounds or murdered children, but the ghosts that have been described in this building are so terrifying that some of the librarians have refused to go back into the stacks alone and without every light on. Many staff members know about the haunting in a general sort of way. They know that doors open and close on their own and phantom noises fill the building when it is empty, but a few report an even more active haunting. They describe seeing Fant in the shadows.

As I told my ghost stories on Halloween day, it was wicked fun to be able to share the tales of the ghost that haunted the very room we were standing in.   Some of the staff believe many of the tales told of Fant are fancy, but even the skeptics believe that there has been to much activity in the library to be able to explain it all away.   Fant still wanders the Linn-Henley building and I hope he was listening when I told my ghost stories.  That would be a real honor! 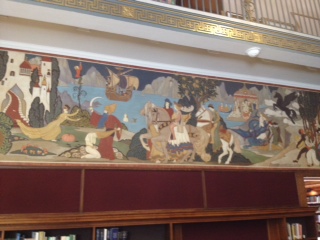 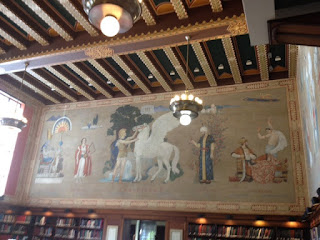 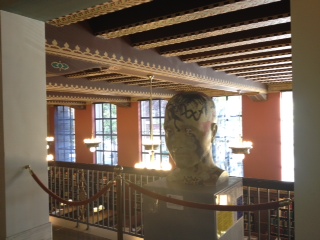 Sandra said…
what a beautiful building. what are some of the terrifying stories?
November 3, 2012 at 9:19 AM

Jeffery said…
I'm a fan of Libraries mesself Jess! Lovely photo's as well..The atmosphere speaks for itself and the faint scent of musty books is almost palpable.
November 6, 2012 at 5:10 AM