A Photographic Journey Through The Haunted North Side of Mackinac Island 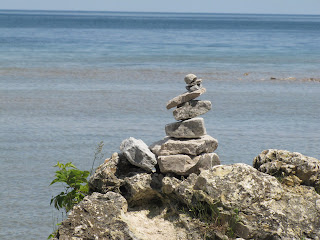 My family has been in Northern Michigan for close to 200 years.  There is even a story about my great, great grandfather proposing to my great, great grandmother on the steps of  The Grand Hotel on Mackinac Island.   That is why my family always feels connected to Mackinac Island.   As I toured the island a few days ago, I thought about my family and the history of the island.   Mackinac Island is considered to be the most haunted place in Michigan.   There are ghosts hiding behind every shadowy corner of this island.   The entire North portion of the island is said to be haunted.   The North portion of the island was the site of  a violent battle during the war of 1812.  During this battle, the English killed 75 Native Americans and since that time tourists and residents have reported seeing the phantoms of these Native Men hiding in the trees on the North side of the island.

While touring the North side of Mackinac Island, I looked for these ghosts amongst the stunning natural beauty of the island.   While looking for ghosts, I found the a wonderful collection of cairns along the shore line that augmented the natural beauty and created and atmosphere of mystery.  Cairns are stacks of stones that are were commonly used in prehistory. In modern times, cairns are usually used as landmarks, but in ancient times they were used for ceremonial, astonomical, and directional purposes .I also found the decaying remains of an old hotel called the Silver Birches.  The old house was turned into a hotel and eventually left to ruin.  The remains of the hotel cast a truely haunting shadow over the North shore of the island.  I haven't heard any ghost stories associated with the old hotel, but its ghostly appearance makes it worth a photograph or two. 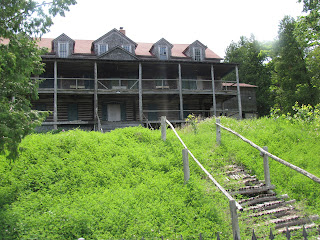 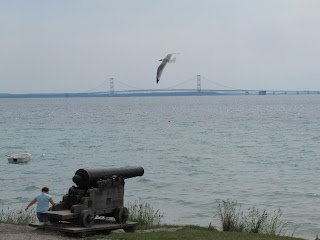 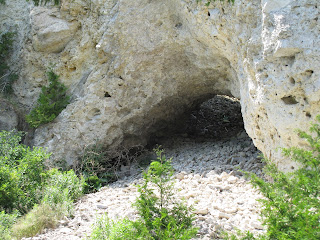 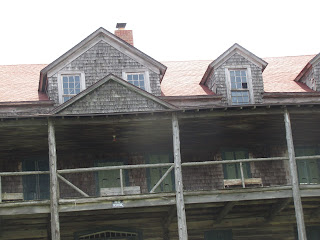 Courtney Mroch said…
Oh, Jessica, thank you. See, this is why I love blogs. They take you places you sometimes can't get. (Or haven't been able to get yet.) Like this post. Want to go to Mackinac so bad. At least you've allowed that virtually. Thanks again.
June 29, 2012 at 8:06 AM

Alicia Sistrunk said…
I am from Mackinac Island...I enjoyed reading your blog. Your right the Island is probably the most haunted place in Michigan! The Hotel, Sliver Birches is now under new ownership. The lady who has purchased the property is now renovating it and is hoping to open for business in 2014.
November 21, 2013 at 7:18 PM