The Origins of Easter 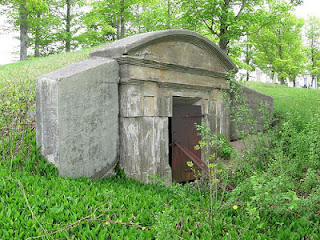 Happy Easter!  My favorite thing about our modern holidays is there strange origins.  They never come from where we think they did.  History is a strange thing.  Here is my story about another pagain holiday wrapped in Christian paper and decorated with years of traditions no one understands.

Holiday are off topic, but I love them.   Almost all our modern Christian holidays are just pagan holidays in different paper.  So many Christians won't celebrate Halloween because it is pagan, but the Easter bunny has nothing to do with Christ.   Where does the bunny come from?  It comes from the goddess Eostre.  Eostre was a European fertility goddess.  During the  Spring, her favorite Holiday, named for her, Easter, was celebrated across Europe.  Her totem animal, the bunny, was intrinsic  in the celebration of her holiday.   Easter was a fertility holiday and it isn't just a coincidence that estrogen, the hormone often associated with fertility and sex is also named after Eostre.

Ancient Christians were quite brilliant.  They knew that if they wanted to convince the old pagans to convert they shouldn't ask them to abandon their old holidays and traditions, so the merely Incorporated their holidays into Christian beliefs.  So Easter was absorbed into the early Christian faith and linked to the celebration of the death of Christ.   So the totem animal of Easter became Eostre's totem animal, the bunny and other fertility rituals were also made part of the Christian Holiday.   Eggs, also associated with old fertility rituals, became part of holiday traditions.

By the fifteenth century, in many parts of Europe, it had become normal for children to build nests for the magic bunny to lay eggs in on Easter morning to celebrate the resurrection of Christ.  Over time, this evolved into the putting out of Easter baskets for a magic bunny to put chocolate eggs and other treats in.  So, the resurrection of Christ and the fertility rights of Eostre became one to make the holiday we celebrate today, which is a beautiful fusion of Christian and pagan.

magikalseasons said…
Great post Jessica! We celebrate a more seasonal take on the Holidays at our home also. Many folks do not know where their faith tradtions and customs come from. I am luck that I had Grandmothers who fused folk and faith traditions and taught me both.
April 9, 2012 at 6:18 AM

Jeffery said…
Err! Convert or we'll burn you as a witch sounds more like fission than a nice fusion!..Buahahahahaha!. Nice Post Jess! Cheers!
April 9, 2012 at 10:39 AM

Jessica Penot said…
magikalseasons...You are lucky. I would love to hear how your grandmothers fused their traditions. That sounds wonderful.

Jeffrey... It wasn't until later that Christians went crazy and started burning and torturing those that were different. The early Christians were much more flexible. It is too bad they couldn't have stayed that way.
April 9, 2012 at 12:33 PM

The Moonlit Stitch said…
It is interesting how all the holiday traditions started, but I'm not going to give pagan rituals all the credit for the fun stuff, LOL! Thanks for another great post! ~*~Lisa
April 9, 2012 at 5:07 PM

Anonymous said…
Asking questions are really nice thing if you are not understanding anything fully, however this
article offers good understanding yet.