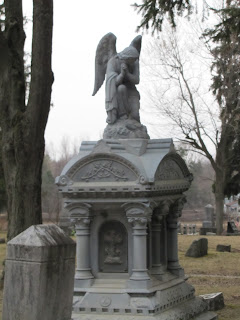 My family is from Michigan. On my grandmother’s side, the family has lived in the farmlands of the thumb of Michigan for many generations. The Washington Township Cemetery is filled with the gravestones of my ancestors going back for many generations. The Vincent name covers the stones that fill the pastoral cemetery. Wandering through the old graveyard is like wandering through my history. In the center of the old cemetery, there is a monument that tells a different story. It tells the story of an old ghost. 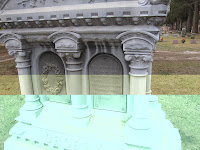 The monument is known as the moonshiner’s monument. It is the largest and prettiest marker in the cemetery. Apparently, during prohibition it was used by moonshiners. The moonshiners would hide their moonshine in the old marker. The panels were easily removed and they would place their product within the tombstone. Distributers would then pick up the moonshine and leave their money behind. As was often the case, the distribution of these illegal spirits ended badly. In some kind of skirmish near the stone, one of the moonshiners was shot and died near the monument. His ghost is said to linger in the cemetery. He wanders the shadows looking for a peace that may never come. 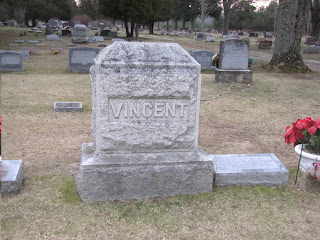 Scared said…
That's the first cemetery ghost story I've heard that features a ghost not buried in the cemetery. I wonder what the cemetery's other permanent residents think of their squatter.
March 16, 2012 at 9:52 AM

Julie Ferguson said…
The moonshiner appears to be still watching over his elixir... great story.
March 17, 2012 at 2:42 PM

Anonymous said…
What's up, the whole thing is going sound here and ofcourse every one is sharing information, that's actually excellent, keep up writing.