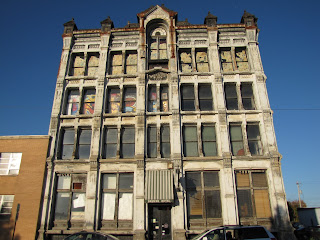 The Bissman Building is an impressive structure. It looms over downtown Mansfield, Ohio with historic grace. Its façade is slightly chipped, but the beauty of the building remains unmarred by the scars of time and weather. These scars only add to the haunting beauty of the building. Inside, the building is equally as impressive. The two front rooms are paneled in a rare style. Eastlake paneling is testaments to the unique style of the original builders of the building as is are the engravings around the fireplace. 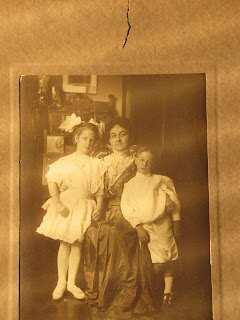 The Bissman Building does have a dark and tragic history. That history is the history of a little girl named Ruthie. Little Ruthie’s photograph still sits on the mantle of the building She is photographed with her family. The poor little girl was murdered in the building and stuffed in a pickle barrel in the basement. She was raped and killed with particular cruelty and her ghost still wanders the building looking for the justice. One interesting story I was told in the building says her ghost found justice in the building. Apparently, one of the employees of the building was suspected of committing the crimes against little Ruthie. He was asked to leave and as he was saying goodbye from the elevator it malfunctioned and he was decapitated by the elevator. It is said that Ruthie had her revenge at that moment. She killed the man that killed her, but she also left another ghost behind, an angry dark ghost that ghost hunters and explorers have come to fear.
The Bissman Building has been featured on many ghost hunting shows and been explored by many paranormal investigators. My Ghost Stories on biography is the most recent to feature the building. I watched this show on Saturday night and listened to two ghost hunters tell their terrifying experiences in the building. One of the women was possessed by a malevolent spirit while in the building and showed angry red marks where this spirit had attacked her. The Bissman building’s haunting has produced numerous pictures and EVPs. The Bissman Building website has these photographs and recordings available for everyone to see at http://www.bissmanbuilding.com/ . 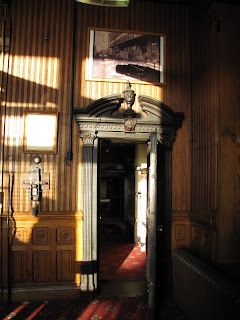 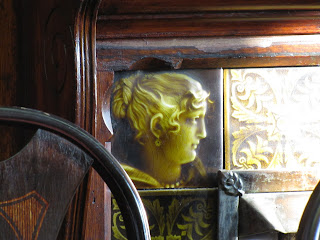 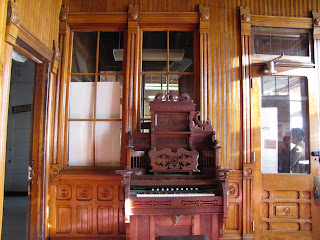 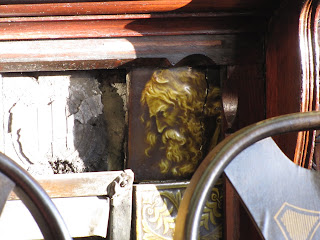 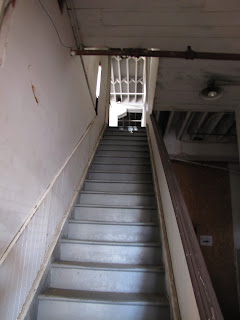 Lewis Powell IV said…
That paneling is magnificent! It makes the story even more compelling.
November 7, 2011 at 7:10 PM

Julie Ferguson said…
Wow, I would love to check out that building and take tons of pictures!
November 9, 2011 at 10:43 AM

Lisa Henderson said…
The story is not true. Ruth is my grandmother and she moved to California in 1947 with her daughter several years after her husband died. Who are you?
May 13, 2013 at 11:16 AM

Jessica Penot said…
Hi Lisa, Thank you for your comment. I went on a tour of the Bissman building two years ago and I just wrote down what the fellow giving the tour told me. This was part of my Shawshank Trail tour information. The Bissman Building also has a haunted website with information you can look at there. If you believe the information is in error, I think you should contact them. They seem to really want everything to be historically accurate. I'm just a travel blogger who writes what the tour guides tell me. I'm no historian, but I really appreciate your stopping by with updated information. Keep in touch if you find out anything from the Bissman people I'd love to hear what happens.
May 13, 2013 at 11:42 AM

Elizabeth said…
We're doing the ghost hunt at Bissman tomorrow night (11-16-13.) We've done numerous ghost hunts in the past, including Mansfield Reformatory. I have to admit, I'm kind of nervous about this one. We will check back afterward and post our experiences.
November 15, 2013 at 8:05 PM

Pamela G. said…
If the story of Ruthie is not true then why does Mr. Bissman, 7th generation say so right on national television?
January 15, 2018 at 7:44 AM