Reviewing The Ghost Walk of Gatlinburg

I have developed a strong love of Ghost Walks.   There is no better way to spend a crisp autumn night than wandering through the secret histories of old cities and learning about their secrets and ghosts.   This weekend I went to one of my favorite vacation spots.   I rented a cabin high in the mountains surrounded by the orange and red trees and the warm smell of campfire.  We made s'mores and walked in the woods and on Friday night we went on the Ghost Walk of Gatlinburg. 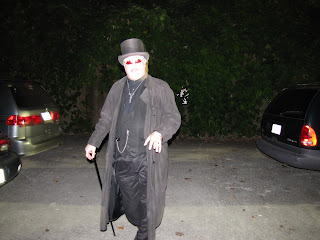 I have been on many ghost walks and ghost tours.  Some have been  a disappointment.  Some tour guides have made me mad by spouting strange theories like they were facts set in stone by scientists.  Some I have loved and wanted to do twice.  The Ghost Walk of Gatlinburg was one of the ghost walks I loved.  It was a fabulous tour filled with the type of stories that keep you listening.   The tour started out poorly.   Apparently, their office is staffed by idiots.   They didn't have our reservation at all and they lost the other people we were travelling with's credit card information so they had to give it out over a cell phone, which made them very uncomfortable.  We expected the worst after this, but our tour guide, Ron, was fabulous.   As soon as he started talking, we knew we were going to have a good time.  Not only did he know the history of Gatlinburg very well, but he told his stories with verve and a unique sense of humor that made me laugh out loud on several occasions.  This tour also handed out EMF detectors so everyone on the tour could ghost hunt as they listened to the guide tell his haunting tales of blood and horror.
The tour started at the old White Oaks Flat Cemetery.  This cemetery is tucked behind a little shopping center filled with pancakes and souvenirs.   I never would have even suspected it was up there, pressed against mini-golf courses and and arcades, if it weren't for this ghost walk.  We went on this ghost walk with several young children and Ron really spent a lot of time making sure the walk was fun for them.  He joked with them and made them laugh so hard they say it was their favorite part of their Gatlinburg vacation.   Ron told many ghost stories I had never heard before and also loaded the quiet parts of the tour with fun facts and folklore.

One of my favorite folklore stories Ron told was the story of a mountain witch.  This witch was captured by locals and killed.  She was buried face down, so that if she did try to escape her coffin after death she would dig down, towards hell rather than up towards humanity.   She was also buried beneath a crossroads so her power would be diminished and to make sure she was tormented even after death she was buried beneath a crosswalk so all the people walking over her grave would constantly torture her.

Over the next few days,  I will placing some of the stories Ron told with photographs on the blog.   I will of course, leave some out so that I don't ruin the fun and excitement for those who might go on this Ghost Walk in the future.  This is something I would highly recommend, because this really was one of the best ghost walks I have ever been on. 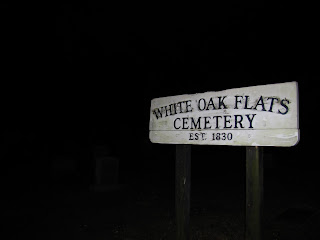 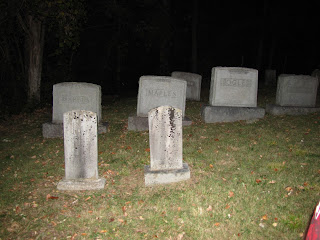 Jeffery said…
Sounds like fun to me!..The best EMF detector is a compass..No batteries required!..Also comes in handy should you get lost in the dark..Hehehehe..Looking forward to the tales!
Cheers!
October 10, 2011 at 9:48 AM

wicKED said…
Excellent post! As close as I live to Gatlinburg, I have never went on one of the ghost walks there. I plan on doing this as soon as possible. I am looking forward to your next post!
October 10, 2011 at 10:29 AM

Jessica Penot said…
Jeffrey... I never thought of using a compass. I will have to try it next time I'm out and about.

AdsFriday said…
I just love ghost tours/walks. We do one in every city that we visit. Most of the walks last 2-21/2 hours and walk a slow mile or two. It really depends on what company you use,Thank
October 10, 2011 at 10:01 PM

Julie Ferguson said…
Sounds fun. I am checking out ghost tours and events around my town. I am in the mood to be scared.
October 12, 2011 at 9:51 AM

Another link for you. Have you heard of this ghost story?

I haven't had a chance to listen yet, but I clicked over from FB and the description is intriguing.