Maple Hill Cemetery is one of the largest and oldest cemeteries in the Southeast. It contains the remains of some of the most important people in Southern History and every year the dead rise to share their stories in the Maple Hill Cemetery Stroll.  I enjoyed a lovely day of history and ghosts this Sunday on this cemetery stroll.  Here are some images of the walk.﻿ 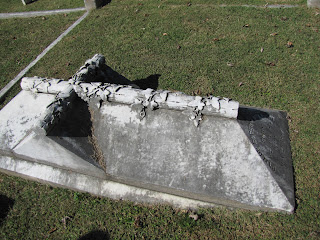 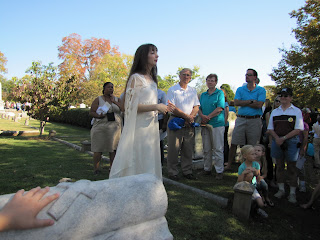 Sally Carter  is one of the most famous ghosts in Huntsville, Alabama.  Here she tells her tragic tale of woe. 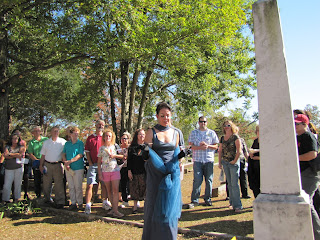 Talula Bankhead starred in numerous films, including Alfred Hitchcock's famous "Lifeboat".   She remembers her last words at the cemetery walk.  They were, "I need more bourbon." 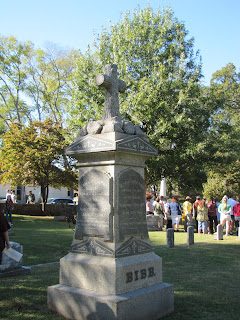 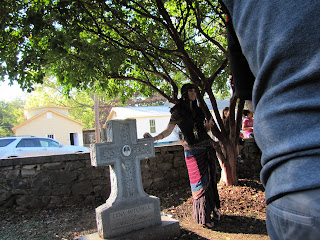 Huntsville's Gypsy Queen reminds locals that she was buried with her treasure and any who dare touch it will be haunted by her for the rest of their lives. 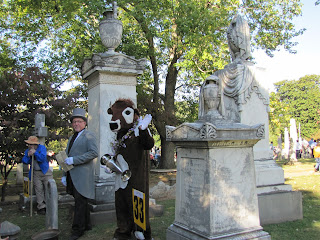 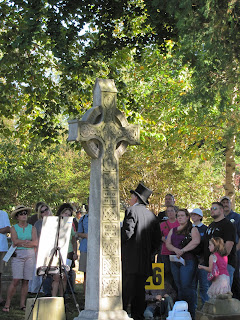 Justine’s Halloween said…
How neat to hear from historical figures and ghosts! Not to mention a talking cow. :) I want to go on a cemetery walk now. This looks like so much fun!
October 17, 2011 at 6:51 PM

Mantan Calaveras said…
Um, that's awesome. It's great to see such historical appreciation and humor. I believe that's what a good cemetery oughta be about.
October 17, 2011 at 7:50 PM

Jessica Penot said…
Thanks All! I'm glad you enjoyed the pics.

Justine... I do hope you go on a cemetery stroll they are alot of fun.

Julie Ferguson said…
I love the cemetery pictures. We have something like this at our downtown cemetery. I like hearing the history.
October 18, 2011 at 10:52 AM

Jessica Penot said…
Courtney... I really liked the cow too.