Exploring The Ghosts of Fort Morgan

I have written about the fort's history and ghosts before and I will attach a copy of my prior post below this post.  Here are the photographs from my journey to this haunting fort. 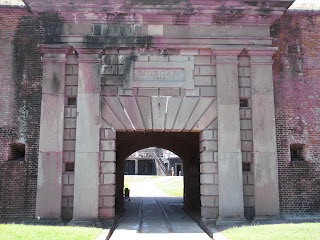 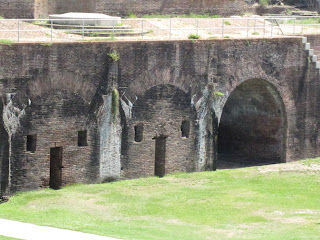 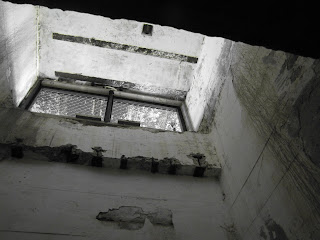 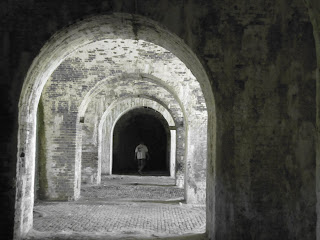 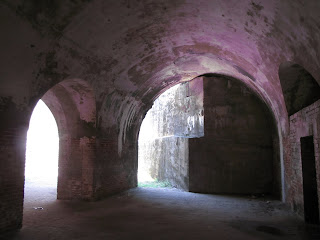 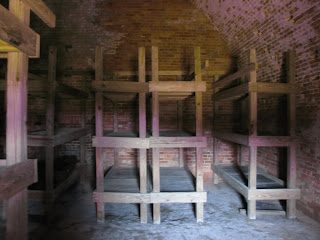 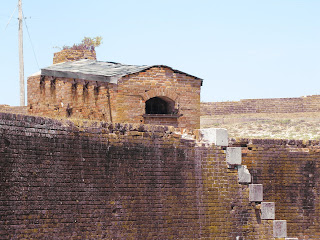 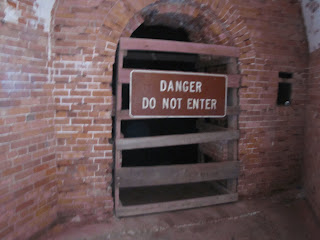 The Fort Morgan area has become a vacation spot. Its beaches sit overlooking the Gulf of Mexico and tourists come from all over to watch the Dolphins and dip their toes in the sand. The sands of Fort Morgan carry an older, forgotten history, however. Most tourists will never know that the sands they play in were once soaked in blood.


Fort Morgan began construction in 1812 and was finished in 1834 and was widely regarded as the "finest example f military architecture in the New World." The fort was constructed in a unique star shape that made it easier to defend. Fort Morgan and Fort Gaines sat on opposing sides of Mobile Bay and acted together to close the Bay off and defend the waters.

Fort Morgan saw heavy fire during the Civil War. I was used defensively by the Confederates and was also a starting point for blockade running ships. The Union took the Fort during the Battle of Mobile Bay. After Fort Gaines fell, Union soldiers laid siege to the fort an set the wooden parts of the fort on fire. Many men died in this battle and the Confederate soldiers did not meet happy ends

It is not surprising that this old Fort has more than its fair share of ghosts. It has a long history filled with war and fire. The old barracks are said to be one of he most haunted portions of the fort.. In 1916 or 1917 a prisoner hung himself in the barracks. According to local lore, you can still hear the hanging man cry late at night. He is not alone in his sorrow. During the Civil War, a bomb went off in the fort and several men met a horrible fiery death. The bomb went off in a room with a big fireplace and they say you can still hear the men screaming at night.

The final ghost comes from an unconfirmed story of woe and sorrow. They say that some time in 19th a young woman was drug into the fort by unknown men. The woman was beaten, raped and murdered. According to legend, she still wanders the Fort looking for justice.
Email Post
Labels: Fort Morgan Ghosts Haunted Alabama Haunted Forts Haunts of the South

Chris 'Frog Queen' Davis said…
Great photos. Thanks for sharing them. Sounds like an absolutely creepy place!! Thanks for the virtual tour and the history lesson. Much appreciated.

Here is a link to my blog on Colonel Charles S. Stewart who was commanding Fort Morgan. In 1863, they were testing the strength of the forts heavy artillery, preparing for the arrival of Federal ironclads. Colonel Stewart was killed instantly when the cannon he was standing beside exploded. I've often wondered if there are an ghost stories surrounding his tragic death.
July 22, 2011 at 1:28 PM