Kuntilanak: The Monstrous Ghosts of Those Who Die in Childbirth 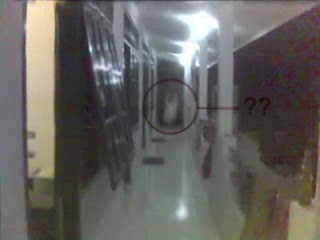 The Kuntilanak is an extraordinarily malevolent spirit found in Malaysian folklore.  A Kuntilanak is the ghost of a pregnant woman who died in childbirth or died from complications resulting from pregnancy.  The Malaysian word  for a Kuntilanak is Pontijanak which means pregnant.  Kuntilanaks are usually seen either crying or laughing hysterically.  They are often found in old buildings and  and are sometimes said to kidnap and devour small children.

The Kuntilanak usually appears as a beautiful young woman and this makes her more beguiling to her potential victims.  The smell of fragrant flowers follow them wherever they go.  They use their many charms to seduce men and they are often found by unscrupulous men looking for a good time.  Men find them wandering the side of the road and when the men pick the ghost up the men are rarely heard from again.   The Kuntilanak  also enjoy harming pregnant women and causing miscarriages.  Pregnant women are most vulnerable to Kuntilanak when they are traveling and the only way a pregnant woman can protect herself is to carry nails or scissors with her at all times. If the nail or scissors are driven into the base of the Kuntilanak's skull and left there it will drive the evil from the ghost and she will become a woman again until the nail is removed.

Ever the friendly ghost, when the Kuntilanak kills its victims it usually digs its fingernails into its victim's stomach and pulls out their intended's guts and gorges herself on them.  In the case of men, the kuntilanak often pulls off the genitals, the source of her unfortunate pregnancy and death, and devours those first.  Some argue the kuntilanak is more of a vampire than a ghost because it must feed on the living to continue its preternatural existence, but the images and stories of visitations of Kuntilanak's are more consistent with ghost stories than vampire stories.  Either way,  if you run into a lonely woman crying on the road or wailing like a baby it is probably best to carry a few nails with you because the kuntilanak sounds like a horrific ghost to encounter.  As someone whose been through a terrible childbirth experience,  I can understand where these nasty pregnant ghosts are coming from.  I certainly wanted to rip out someones guts halfway through my labor.
Email Post
Labels: Ghosts of Women who Die in Childbirth Kuntilanak Malaysian Folklore Malaysian Ghosts Pontijanak pregnant ghosts Violent Ghosts Women Ghosts

Julie Ferguson said…
This comment has been removed by a blog administrator.
April 26, 2011 at 8:44 PM

Anonymous said…
Yes indeed they are real and they also live in banana trees as well. I heard one laughing hysterically first and boy it didn't sound like a human being, it sounded more like an alien! Then when the laughing stops, a baby starts crying continuously for an hour or more. Our neighbor's dog started crying or howling with the baby as well. When it did stop, there was total silence and a few minutes later BANG!! Believe it or not the banana tree came crashing down and the ghost was never heard or seen again! I was only 9 years old and it was my first paranormal experience and boy was i scared to hell listening to all that and luckily for me and everyone the ghost moved on to another place. It happened in Penang, Malaysia in 1981.
July 20, 2011 at 2:28 AM

Unknown said…
I just want to straighten this up. Kuntilanak is originally from Indonesia not Malaysia as you stated on your blog.. Thank you
March 19, 2013 at 10:06 AM