The Ghosts of Christmas Yet to Come 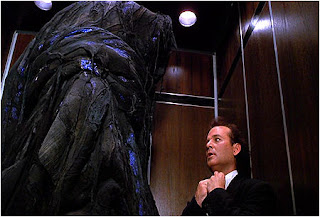 Christmas is one of the most ironic holidays.   Although it has been embraced by Christians around the world as the celebration of the birth of Christ, its antecedents are murky and deeply embedded in pagan tradition.   Christmas isn't the day Christ was actually born.  In fact, most scholars believe he was born in the spring.  Christmas was chosen by the early Christians as a day to celebrate Christ's birth because the celebration could be easily hidden beneath the more common pagan holidays of the time, like the Roman Saturnalia which was celebrated on the 25th.  Early Christians were being hunted by the Romans and it was safer for them to celebrate their holidays when they could be hidden.  There were many pagan holidays around Christmas because they were solstice celebrations.   Over the centuries,  Christianity has taken many pagan traditions and integrated them into their celebration of the birth of Christ, so that Christmas as we know it today is a kind of conglomerate of many different early solstice traditions.  Despite this,  Christmas is a celebration of Christ and his birth, but it is not surprising that some of the most terrifying ghosts and horror stories also seem to spring from Christmas.

The Ghost of Christmas Future was and is one of the most terrifying ghosts ever imagined.  Time has eroded the edges of this famous haunt, but in his original form, the ghost was akin to death.   All of Dickens' ghosts have been imagined and re imagined in many different forms.  They've become fairies and cab drivers and cartoon characters, but the ghost of Christmas Future has remained completely untouched.  He is always the same.  No matter how silly the depiction of a Christmas Carol he resides in,  The Ghost of Christmas Yet to Come is always a grim specter dressed in black.  He is speechless and shows the horrors of  what lies ahead. He is my favorite spirit because he represents all our worst fears.  He represents the unknowable and uncontrollable.  No matter how much money we save, the future is always unpredictable.

Now for me to go watch my favorite adaptation of Dickens classic A Christmas Carol.  I am going to watch "Scrooged."

Heart Centered Psychic said…
Excellent post. Sadly; many Christians deny outright that many of not most holiday traditions and stories were taken from pagan tradition; and will often down-right deny it all. Sad; yet true.
December 26, 2010 at 8:25 PM

Missy said…
I hope you have a good Christmas, Jessica!! And Charles Dickens was indeed a genius for his time where authorship is concerned.

There is something truly timeless with "A Christmas Carol", no matter how the movies portray the story.

This morning I placed up a LINK UP/BLOG HOP tool on my blog post for ParanorMel in the hopes to get PARANORMAL bloggers to add their blog links to it.

I'm trying to find more reads, as well as trying to help my fellow Paranormal writers out at the same time.

*Everyone here*, feel free to add your Paranormal blog links to my page.

Courtney Mroch said…
You know, A Christmas Carol is one of those that has been done and done so many times I'm completely bored of it. However, your post reminded me of when I'd first seen the one with George C. Scott as Scrooge when I was a kid. It brought back the awe I remember then. Thank you.

Also, I liked how you pointed out about the pagan beliefs. I never knew that until recently. (Like within the past 10 years.) It's really interesting.

As usual, another brilliant post written poetically and thoughtfully.
December 27, 2010 at 6:54 PM

LocalTexan said…
I agree that some Christian holidays do follow pegan holidays. One for example is all souls day. Which is the celebration of those who have passed which if you look at its origins is from Mezo Mexican celebration called Dia de Los Muertos.(day of the dead)

From reading early Christian works it seems that its easy to adapt traditions from that region so that individuals can relate to Christianity.

Anyway good insights on your article on Christmas. I learned something today.