The White Lady of the Philipines 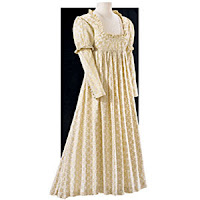 It is probably no surprise that I love Halloween.  I wait all year for Halloween, so I was thrilled when my Halloween costume came today.   I ordered this one and in order to celebrate my love of ghost stories,  I am going to be a white lady this year for Halloween.  White Ladies are my favorite ghosts.   They are tragic, romantic figures wandering the shadowy realm between this world and the next.   White Ladies are the ghosts of young women who died tragically, often times for love.  They are always seen in long white dresses.   Every culture seems to have these white lady phantoms.   Carl Jung would have loved them.   It is no surprise that they are popular in the Philippines, as they seem to be popular everywhere.  My father is Filipino, so when I found this story, I couldn't resist putting it here as one of my favorite white lady stories.

The most popular Filipino white lady is the White Lady of Balete Drive. Like most white ladies,  this white lady appears as a long haired beauty in  lovely white gown.   During World War II,  the Japanese occupied the Philippines and were particularly cruel and brutal to the locals.   This is no surprise.  The Japanese atrocities during World War II were legendary and never were they worse than the Rape of Nanjing and the Rape of Manila, in the Philippines.  They called what the Japanese did to these two cities rapes, because they not only committed genocides, but did particularly perverse and sexually deviant things to the city's residents before they killed them.  Although this white lady is not from Manila, she was a victim of rape at the hands of Japanese soldiers during  World War II.   According to legend, she was raped and killed by Japanese soldiers during the Japanese occupation of the Philippines in World War II.   Most of the stories associated with her are told by taxi drivers who have seen her on the road late at night.   Other drivers and travellers have also seen her wandering the lonely moonlit road of Balete Drive.  She is often blamed for the accidents along this road.  that Most of the stories that have come out about her were told by taxi drivers doing the graveyard shift.   One taxi driver even claims she asked him for a ride.

I found another interesting Filipino white lady story at http://www.castleofspirits.com/whitelady.html .  This is a first hand account of an encounter with a white lady and as I could not do the story justice by retelling it,  I thought it was more appropriate to put a link.  As I get ready for Halloween,  I will be thinking of these tragic white ladies.  I hope my costume does them justice.  My dress is above.
Email Post
Labels: Filipino Ghost Stories Filipino White Ladies Halloween Costumes White Ladies

Missy said…
My dad had always told the story of the girl that hitchhiked and the men would pick her up, and when they got to the drop-off point, they would look in the back seat to say that they were where she wanted to go, only she wasn't there...Later they found out she's been dead for a quite many years.
September 4, 2010 at 12:37 PM

Courtney Mroch said…
I LOVE that dress! Did you see it in Pyramid Catalog? That's where I've seen it before. I always want it! It's just so romantic!
September 4, 2010 at 1:37 PM

Jessica Penot said…
Courtney, it is perfect that you know that dress. We have so much in common. I did get it from the Pyramid catalog. It was 50% off and still more than I would usually spend, but I'm having a big party this year,,, which you are invited to of course, so I splurged :)
September 4, 2010 at 3:08 PM

laughingwolf said…
for some reason, this came to mind:

Julie Ferguson said…
I like the white ladies stories too, most are very tragic. That is going to be a wicked cool costume. Take lots of pictures.
September 5, 2010 at 1:06 PM

Pam Morris said…
such interesting tales...love your costume and hope you will put some pics up from your upcoming party so we can see the final result!
September 5, 2010 at 2:45 PM