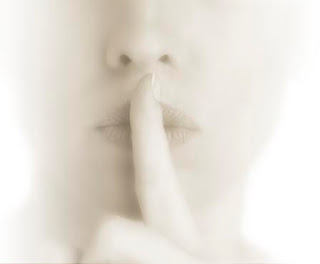 I was told this story in the strictest confidence.  Of course,  I am retelling it, but I am omitting all names and locations and since I know people all over the nation (even a few in other nations),  I believe there is no way it could ever be traced back to the teller.  A friend of mine who has known for a while that I love ghosts, was telling me about her real estate woes.   She has been trying to sell her house for a long time and has had no success.   In the course of discussion,  she became very nostalgic about the house.  She described how beautiful it was and how, when she bought it,  she had dreamt of raising her children and growing old in the house.   She described it as spacious and beautiful.  It had a pool and lots of land for her children to run and play on.  It was everything she had ever wanted and more and she couldn't understand why it hadn't sold.

So I had to ask, "Why are you selling?"  She hesitated and then told me that it was haunted.  I tried, using all powers of persuasion to get the dirty details on the haunting from her, but she didn't want to talk about it much.  She certainly didn't want it ending up in my book or column.  She believes that if word spreads that the house is haunted she'll never be able to sell it.  She did tell me that the ghost wasn't that belligerent.   It was just always there.  She worried about her children and the impact that have a presence would have on them psychologically and I got the distinct impression that although the ghost wasn't harmful, it certainly wasn't nice.  She didn't want her children to grow up afraid and she felt the ghost filled the house with fear.   She said nothing else.

The family has already moved and purchased a new house, but the economic ramifications of owning a house that sits empty are large.  She worries about her secret ghost and her empty house and worries that the secret might get out.  Which brings me to the larger question,  should the ghost be secret?  I feel her pain, but what if another family buys the house and then has to go through the same pain?  Is it fair to keep something like this secret?
Email Post
Labels: Ghosts Hauntings secret ghost secrets

Pale said…
Well, it's ~not~ fair to keep it a secret and pass on the problem. But it's also not realistic to expect a homeowner to shoot themselves in the foot financially for something that doesn't quite fall into the same category as other real estate issues ... ie things that a typical home inspector wouldn't/couldn't uncover.

I know some states have laws about disclosing the history of properties with emotional baggage ... like the site of a murder. Things that impact the value of a home. But a generic haunting ... something many people would dismiss/disbelieve anyway ... it's more of an ethical/karmic issue than a legal one.

The question that leaps to mind is ... why doesn't the owner find a soul rescuer to sort the issue out? I had a very good friend who did that sort of work (he specialized in the negative entities, in fact) and he always advocated for people to find help and resolve the stuation rather than let the trouble pass to the next person.

NTM ... sometimes these problems can follow you. I don't get the sense that's the type of haunting in this case. But sometimes it's not as simple as just changing your address.

Random thought: I've heard of homes for sale being advertised deliberately as haunted and that's turned out to be an attraction for certain types of buyers. Not that I'd recommend taking that risk.
June 16, 2010 at 6:15 PM

Jessica Penot said…
That is a good point. She certainly could have tried a soul rescuer or a cleansing. She seemed very uncomfortable talking about it and I sensed that there was more she wasn't telling me. It is possible she did bring someone out to try to cleanse the house but it didn't work the way she intended.
June 16, 2010 at 7:44 PM

Elk999us said…
I unknowingly purchased a very haunted house in 1976..In the two years I lived there,it was non-stop,classic haunting activity..Scoffing neighbors and family members,scoffed no longer,when they also saw and experienced things,too.I slapped that house of horrors on the market,sold it,and very happily moved..After a year or so,I was contacted by the buyer..She related much of what I had experienced,as happening to her.That the ghost had grabbed her several times,was the only thing that she related,that I had not experienced..She asked if I would buy back the house..Fat chance..
June 17, 2010 at 7:28 AM

Jessica Penot said…
That is a very interesting story. I don't blame you for saying no. It sounds like the ghost was very aggressive. It actually grabbed you? Sometimes you just have to get out.
June 17, 2010 at 3:09 PM