The Haunting of the Happiest Place on Earth 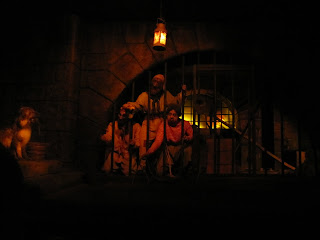 There are real ghosts in the Magic Kingdom,  although none of them can be found at The Haunted Mansion.   The most famous of Disney's ghosts can be found at The Pirates of the Carribean ride. He hides behind the animatronic skeletons and scares the staff to death when they are alone in the attraction. George was a construction worker who worked on the attraction in the 1970’s. He was climbing a ladder and he fell to his death. Since that time, staff members have said good morning and good night to George over the PA system. If they fail to follow this tradition, the ride will shut down and some staff members report that they’ve seen the ride shut down on the days that this ritual is forgotten.

While I was at Disney,  I was able to talk to several of the staff about George.  They smiled as they talked about him and answered my questions in the comfortable casual manner most people might speak about what they had for dinner or a slightly annoying cousin.  One staff member described George as nice.  She smiled brightly and said he wasn't very active any more.  She said it can sometimes be weeks before they hear from him.  She says he is never annoying, but everyone knows he is there.

I honestly couldn't tell if the staff were be truthful or if I was the back end of an elaborate inside joke when they spoke to me.  They all smiled and grinned as they spoke and  they spoke of George as if they had said the same thing a thousand times before.  Whether the lines were rehearse or not,  it was clear that George was well known.  Everyone knew exactly who I was talking about when I mentioned George. Whether George is active still or has passed into myth, he has become part of Disney.

The pictures I took of the ride showed a few orbs, but no conclusive evidence of any ghostly activity.  I still like to imagine, however, that George is still hiding in the shadows of this attraction, laughing at all the tourists that float through his ghostly abode. 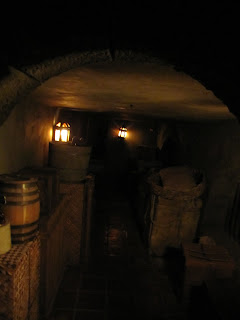 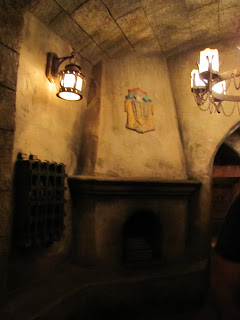 Courtney Mroch said…
How fun! And I loved how you wrote this "
I honestly couldn't tell if the staff were be truthful or if I was the back end of an elaborate inside joke..." OMG have I felt that way before. Well put!
June 8, 2010 at 9:38 AM