The Bizarre and Beautiful Haunts of Rural Alabama 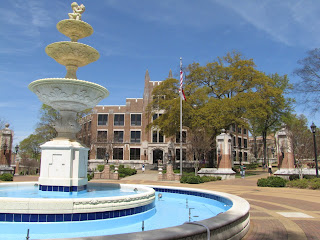 Travelling through rural Alabama is much more interesting than it sounds.  In between the cow pastures,  rolling hills, and red necks are little pockets of beauty and wonder and some of the best ghost stories ever to send chills down the spines of a ghost hunter.   Today, I travelled through North Alabama to the University of North Alabama in search of her many ghosts.  Along the way,  I encountered a closed down haunted house and a year round Christmas castle.  There were acres of old cemeteries and a historic polo club. 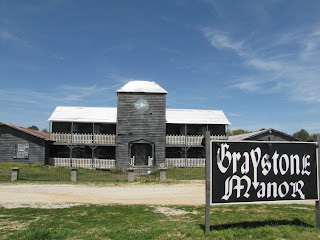 The campus itself is unexpectedly beautiful.   It's gothic revival style architecture makes you feel like you have stepped back in time and across an ocean to someplace far older that it really is.    There are fountains sputtering out crystal clear water at every turn and a lion habitat sits in between two gothic buildings.  There are a multitude of ghost stories hiding in the shadows of this old University.  The University was founded in 1850 and was occupied by Union forces for several years during the civil war.   Many of the ghosts that haunt this campus date back to the civil war, others are much younger,  like the ghost of a little girl that wanders the off campus book store looking for her lost puppy. 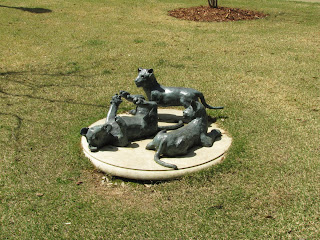 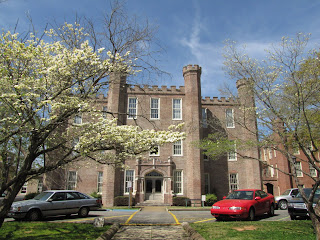 One of the more famous ghosts of UNA is the ghost of a beautiful young woman that wanders the site of old O'Neal Hall.   The young girl lived at the University in the late 19th century.   After her gentleman caller left her broken hearted,  she decided to take her own life and hung herself from the tower.    The pictures I took of the campus today show the beauty of the many buildings that settle into the sunlight of this picturesque University, but I'm saving many of these stories for my book. 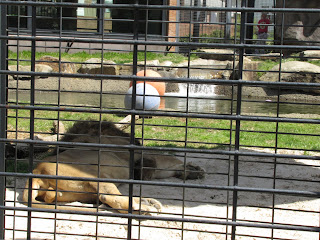 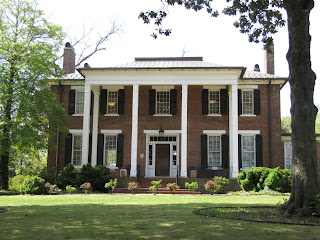 Julie said…
Alabama has many haunted places. I love the photos along with the history.
~above the norm~
April 6, 2010 at 3:43 PM