The Unlikely Ghosts of Orlando 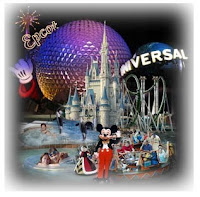 Orlando, Florida is the home of virtually every overpriced, oversized theme park available. People from all over the world fly into this hot, overcrowded city hoping to fine the happiest place in the world. They come for Disney World, Universal Studios Orlando, The Epcot Center, and SeaWorld. They go to Orlando to leave the real world behind and submerge themselves in the fairy tales and movie star dreams of their childhood.

In the midst of all this childish joy, Orlando cradles a world of ghosts that dwell in the most unlikely places. In addition to the ghosts that haunt Disney world, Orlando spirits also haunt the Back to the Future ride in Universal Studios, The Wal-Mart, The Super 8 Motel, and The Botanical Gardens. Orlando is teeming with ghosts that don’t seem to be any less active even thought they are surrounded by such commotion.

The Back to Future ride in Universal Studio’s is haunted by two ghosts. Two maintenance workers died while repairing the hydraulics on the ride. They were crushed by the cars. Their ghost have remained on the ride, perhaps they are big Back to the Future Fans. Ghostly activity that has been seen at this site is prolific. There are some large mirrors on the third floor of this attraction and no matter how many times the windows are cleaned, handprints remain on the glass. On the second floor, whistling can be heard when no one is present. The song being whistled is the same song the maintenance man who died on the ride liked to whistle. The large doors at the entrance of the attraction have also been seen opening and closing when the ride has been turned off for the night.

The Super 8 motel room 206 is haunted by a gentleman who died in this room. Visitors have described seeing a man’s ghost sitting on the bed. They also describe feeling a presence in the room. This ghost doesn’t seem that pleasant and many visitors describe feeling a sense of foreboding as if something sinister is with them. The room remains cold no matter how much you turn up the heat and the water comes on by itself.
The Wal-Mart is also haunted. This is hard for me to believe because I can’t imagine the ghost that would want to linger in Wal-Mart. I’ve spent half my life trying to escape Wal-Mart. This is the ghost of a woman who died in the local Wal-Mart and although no one can see her with their eyes, several Wal-Mart employees report seeing her in their photos.

This is just the tip of the Orlando ghost iceberg. The ghost stories in this happy city are as prolific as the tourists, making it the most surprisingly haunting city I have written about.
Email Post

Courtney Mroch said…
There's some places just outside of Orlando too that are haunted with some really creepy ghost stories. But the haunted amusement park stuff? LOVE IT! Great write up Jessica!
March 19, 2010 at 10:22 AM

Unknown said…
this is like so kool i love finding out about ghost ansd stuff like that cause its fun if any one reads this and u want help with ghost things just let me know and leave a comment here and i will be ready and i will try to check on this all the time my name is sheyenne aka boobear what ever okay with u
March 24, 2010 at 3:38 PM

I want u help me with ghost things. My name is Mike aka robotron. I love ghosts. Please help ASAP.