The Angry Ghost of Weber State 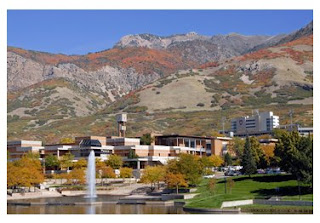 I am a wanderer. I've always been a wanderer.  I was born in Detroit and stayed there with my dad on and off all my life.  My mother moved to Ogden, Utah where I grew, partly.  Ogden is a beautiful city placed in a scenic valley in the Rocky Mountains.  I remember that scenery like an old painting now.  It is more beautiful and more brilliant because of the passing of time.  I remember growing up wild and climbing up the mountain that our house sat perched on the side of.   I climbed up scree and played in dried out stream beds.  I built fortresses out of snow and turned the lonely landscape into my own wonderland.  I did all these things while my mother studied Geography at Weber State University.

My mother didn't tell me many ghost stories when I was little, but Weber State University is one of the more haunted University campuses in Utah.   The Social Science Building at Weber State University was the site of violent stand off between a student and the police.  Apparently,  a male student who was angry at his girlfriend thought the best way to express his anger would be to start shooting into her classroom.  He started shooting and the police were callled.  The police gunned the student down, but he has never really left.  His ghost has stayed in the social science building and made it his own.   Students still report hearing the sounds of gunshots at 1:30 every day.  They also report seeing strange lights and hearing  odd noises.  Most of all, they describe feeling ill at ease, as if they were being watched.  The shooter remains, watching over the students, holding onto his anger and waiting for a moment when he can vent his rage again. 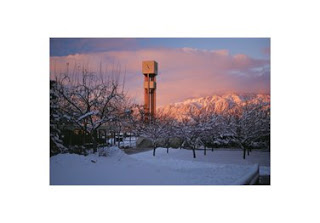 Sharon Day said…
That sounds quite interesting. I love places that have a sound that happens like clockwork. I'd love to be there when it's happening and see if any typical ghost hunting equipment can see a change when it happens just to see how effacicous our barbaric instruments really are. Thanks for the insight to a history I hadn't heard about.
March 6, 2010 at 1:18 PM

Courtney Mroch said…
Ooooh! Creepy. Good story. (BTW, it was so good it was listed on this link http://ghostsof.com/ghost-stories-and-haunted-places-the-angry-ghost-of-weber-state/)
March 7, 2010 at 6:09 PM

Anonymous said…
I clean the social science building and there are parts I refuse to go in alone because you get such a feeling of ill ease it almost makes you sick. Especially the stairwell.
July 22, 2019 at 1:20 PM