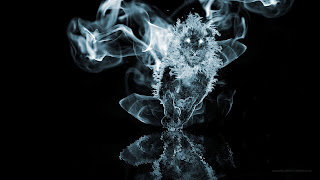 This ghost story was sent to me by a wonderful gentleman named Derrek.  It is a personal story and I think these ghost stories are often the most resonant and the most terrifying:

What I am telling you may or may not be a story, perhaps it is just the drunken ramblings of a local from a village near Masai Mara in Kenya or my own drunken memories.  Nonetheless when I travel for business, in the product development industry, I often make it a point to stop at local places I have been told are good to visit for a conversation or two.  I was directed to a Mara Bush Camp, the kind where tourists go to take pictures of the wildlife.


As soon as I arrived at the bar I knew exactly who I wanted to sit by.  Most people that I know look for a party while they are on a business trip trying to find a lively group for a night on the town.  Throw some money around and you look like a big spender in a place that doesn't have a lot, maybe you get mugged too in the process.  Not me, that is just not me.  I took a glimpse of the setting, too many tourists but one local sitting on a stool by himself staring deeply into his drink.  A drink that looked like it had barely been touched.


He looked like he was dressed as a tour guide or at least someone that could spend a few moments speaking English with me. (I am the horrible business type that doesn't even try the local language, although it is part out of respect as I do not want to butcher their language.)


So I chose a stool right beside him and asked him how his day was.  Something light to try and start a conversation.  His reply was,  "ask me tomorrow after the night."


We sat there in silence for a while, what was I supposed to follow that up with.  So, business man...I bluntly ask him what he meant and this is what he told me.


A few months past there was a rehabilitated lion released back into the reserve.  He then continued to explain that often what happens with events like this is that boundaries for prides shift to account for a new male lion in the area, it gets pushed around a bit itself until it settles and finds its pride.  What the male lion does when it finds its new pride and essentially defeats the dominant male lion of the pride is kills all of the cubs from the previous leader.  I nodded a little but wildlife being what it is I was not so surprised.


He paused, scrunching his face up in perplexity, and then said that was not what had happened.  Apparently the particular lion they released was unusually aggressive about territory.  It took a straight path to the first pride and fought and drove off the pride's leader and then killed the cubs hastily.  The former leader was then essentially outcast and injured, forced to find his own food and way without the help of the lionesses of his tribe having just seen his offspring slaughtered.


For the next few weeks the former leader continually encroached closer and closer to inhabited areas.  Never so close as to be perceived as a threat.  Until one day when another rehabilitated lioness was about to be released he charged at the personnel without abandon.  The stranger himself had to act quickly and regretfully shot and killed the former leader.


The next night a goat was killed and left mangled by a nearby village with no trace of any predator around.


And again another night a dog, that was a pet of one of the reserve workers was killed and practically mutilated without tracks or any sign of predator.


Such senseless killing doesn't happen by what I was told by the stranger.  Killing by a predator sure but it will eat the animal or drag it off to hide somewhere.  Were it a jaguar it would even potentially carry the dead animal up a tree for safe keeping while it ate.


He continued to tell me how him and a fellow coworker just the night before were told to keep watch.  The coworker in particular was a long time friend of his.  They had seen wondrous things in the reserve from the growing populations of once dwindling species to the smiles on some of the faces of the children of the tourists as they watch a giraffe eat in the wild or awkwardly gait away to the next stand of trees.  I could see in his eyes how much of his life was shared with his friend.  It was almost the look one has when they speak about a family member proudly.


He took a deep breath and stated very bluntly the former leader of the pride killed his friend his brother.


We both sat in silence, his drink still barely touched, me on my second.  I shook my head and began bellowing with laughter and slapping the counter with an open hand.  This reserve worker had just told me one of the longer stories I had heard on a trip to try and scare me.


That is what I thought until he grabbed me by my tie with our faces mere inches away from each other's.  Mine with tears from laughing and his filled with tears of sorrow.


He quickly placed something on the counter while holding me in place by my tie, myself slightly wishing I had tied it a little looser that day.


I heard muffled sounds coming from the counter as the man jerked my tie toward a small digital camera screen sitting on the counter.  I could see what was likely the stranger's friend walking ahead of the camera with the stranger's voice in the camera.  They looked happy.  If I could understand what they were saying I am sure they would have been joking around.


Then his friend fell to the ground thrashing or being thrashed around but by what nothing, I couldn't see anything.  His head jerked violently to the side and he stopped screaming.  I looked closer at the screen and could see as he was drug slightly and slowly beginning to be ripped open by what I would think only claws could do as the camera slowly crept backwards.  I couldn't take anymore and had to turn my head around.


I quickly stumbled off my stool toward my rental and then to my hotel room.  I didn't sleep that night.  I slept restlessly for the next few until I left Kenya, lost out on one or two business pursuits.  Who knows maybe more.  I just wanted out of there.  Before seeing that video my world was smaller.  Only humans had souls and only humans could have ghosts.  That stranger though with that video, I doubt a reserve could pull off such effects and to what end?
Email Post
Labels: African Folklore African Ghost Stories Animal ghost stories Animal ghosts Ghost Lions Kenyan Ghost Stories Lion Ghosts

The really amazing deal about contacting PYTHONAX is that the Hack done by us can’t get traced to you, as every Hacking job we do is strongly protected by our Firewall. It’s like saying if anyone tries to trace the Hack, it will lead them to us and we block whatever actions they are doing.

We have been Invisible to Authorities for almost a decade now and if you google PYTHONAX, not really about us comes out, you can only see comments made by us or about us.

Another Amazing thing to you benefit from Hiring our Hackers is that you get a Legit and the best Hacking service, As we provide you with Professional Hackers who have their Hacking Areas of specialization.
We perform every Hack there is, using special Hacking tools we get from the dark web.

✳️ SPECIAL HACKING SERVICES-: we also specialize in Scam Bounty, as we chase down SCAMMERS and help individuals RECOVER Money stolen from them by this online SCAMMERS. Please be watchful about this SCAMMERS. They post ❌ENTICING TESTIMONIES and it quite Convincing.


Whatever Hacking service you require, just give us an Email to the Emails Address provided below.
pythonaxhacks@gmail.com
pythonaxservices@gmail.com