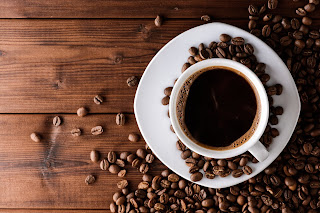 My life is mired in darkness of one kind or another.  I write horror novels and ghost stories.  I decorate for Halloween.  I collect skulls.  But at the end of the day this all seems light and airy compared to my day job.  I am a counselor during the day and I specialize in rape and sexual abuse.  For me, horror stories and ghosts are a jaunt into the lighter more magical side of life.  I recently advocated for a young woman who went to court after a rape.  The guy got off.  Not only did the guy get off but the defense attorney had the jury so mad at the victim that one of them, a Mr. Wilson started emailing her and telling her what a bad person she was.  She fell apart, of course, and she gave me permission to talk to him on her behalf.   She couldn't handle his telling her she was a liar and a monster.  She was already falling apart. This just made it worse.  So I  conversed with him via email.  We fought over the facts for a long time and he still saw her as a monster.  The juror was convinced he rapist was a nice guy.  He was so convincing on the stand.  She had fallen apart after the rape and the defense had made her look like a freak because her PTSD symptoms were terrible.  She was obviously a monster conspiring to destroy him because he wouldn't love her.

I couldn't get him to relent until I told the story below.  Suddenly, everything made sense to him.  He saw that she was the victim.  He stopped yelling about her being a monster.  It is funny that the only way people understand that rape is wrong is if they image sex is coffee.  Here is the story that made him understand the victim:

I want you to imagine for a moment that you are young and single.  You have had a hard time dating and meeting the girl of your dreams.  You haven’t been with a woman in a while and you are lonely and  you crave a woman’s touch.  Imagine that a beautiful woman who embodies everything you want comes up to you and asks you over to her house for coffee.  You emphatically agree and hope that her invitation might include more than coffee.  You hope it might include sex and romance.  The day comes for the coffee and you enter home filled with hope, perhaps this hope is unrealistic.  This woman is a ten and out of your league, but the hope remains.  She starts making the coffee and you again agree that you definitely want coffee.  You love coffee.  You tell her you want nothing more than to try her coffee.  She smiles and brings the entire pot of coffee over and hands it to you.  For a minute you hesitate, but you drink because you want her.  It is boiling hot, so hot that it burns your throat.  You put the pot down.  You tell her it is hot.  She laughs and tells you to man up grabs the pot and begins pouring the boiling hot liquid down your throat.  You fight and yell but she is much stronger than she appears and much stronger than you.  You throat is burning.  You have never been in so much pain.  You didn’t even know pain like this existed.  You beg her to stop but she keeps pouring until the entire pot of scalding hot liquid has been emptied into your throat.  When she is done, she kicks you out.

You are stunned, embarrassed, humiliated.  You don’t know what happened.  You are bleeding.  There is blood everywhere.  You text a friend to help you.  You look in the mirror.  Your face is covered in blisters.  Your neck is burnt.  Your friend comes and convinces you to go to the hospital.  You go. The doctor is shocked by the damage this woman has done to you.  You need surgery.  You need skin grafts.   The police come.  They talk to you.  Apparently this is this woman’s thing. She invites men over and burns them.  She loves it.  They have seen at least a dozen men come into the hospital like this and they push you to press assault charges.  You agree.  Everyone seems to be on your side. Other victims come and talk to you and thank you for being braver than they were.  They couldn’t face the beautiful woman again, even in court.  They were embarrassed that they were so easily overpowered by a woman and that they were stupid enough to agree to go to her house for coffee.  They didn’t want anyone to know. Their shame was overwhelming.  The police tell you that you are brave and that you are going to be the one who stops this woman from doing this to other men.  You believe them.  You believe that there will be
justice for the agony you have suffered.

Finally, you have your day in court.  Over the past year while you waited for court, you fell apart.  You can’t taste anymore because your taste buds were so badly damaged.  You can’t swallow.  You have scars that are visible and others mock you in public.  Your behavior has changed.  You have PTSD. You can’t sleep.  You became addicted to pain pills because you took them for your burns. You get to court.  You are put on stand. The questions come.  You admit on stand that you told this beautiful woman you wanted coffee.  You admit that she was beautiful and you dreamed of having sex with her and falling in love with her and spending a life with her.  You admit that you were a fool and that when she asked if you wanted coffee, you said please give me coffee.  I want coffee.  You are torn apart by the attorneys.  The attorneys say, “ You wanted that coffee.  How can you complain now?  Why would the police push you to press charges?  Clearly this is a vast conspiracy?  What kind of jerk would go over to a nice girl’s home for coffee and ask for coffee and then try to ruin her life after he got coffee?  What kind of police would try to ruin this beautiful woman’s life. She is so sweet.  So beautiful. Look at you.  You  are a drug addict who conspired with your friend and the police to ruin this beautiful woman because she wouldn’t give you what you wanted.”
You are now made the monster.  No other victims are brave enough to stand beside you.  You are alone on the stand with your scars. You’ll never swallow right again but that doesn’t matter.  Your face will never be the same.  Your scars are long and ugly but you asked for that coffee so you are the monster.

I watch the news.  People yell and wonder why women don't go to the police after a rape.  Why don't they press charges?  This is why.  Even when they do, they are humiliated and degraded on the stand and attacked after the court case and the only way the jury will understand rape is if you explain it like coffee.


Follow Up:  The juror who was harassing the rape victim resumed harassing her and wrote me to tell me I was "fucking crazy" so the coffee didn't work either.
Email Post
Labels: #me too Kavanaugh Me too me too movement me too stories Rape rape stories

Jon David Dixson said…
My name is Jon David Dixson. I am reaching out to you for your help in finding information on a rape and murder that took place at Hells Bar damn in Guild, Tennessee on the Tennessee. This woman death deserves some form of justice or closure, even if that justice only consist of exploitation of the suspects who were not brought to justice, it is obvious that these men are deceased due to the extensive timeline, however history should bring to light the truth about these men and the horrific, demented things done to this poor young woman. The only data I have on this case is, the victim was a secretary for the HBD during its operating years, I assume. It said she was an immigrant from Ireland, therefore had no knwn relatives in the area, and all i got on the suspects,is they were high ranking TVA officials. I'm am haunted by this tradegy and mystery, its broke my heart and left me desparete for answers and justice. If you could help in anyway i would be so greaful, Ms Penot. I reside Greeneville, Tn, East Tn which has lots or history the predates the rest o f the middle and west Tennessee,and the Revolutionary. War period. I don't use facebook, but my email is Dixon829@Gmail.com, you can reach me at my mobile via call or text (423) 609-9832. Thank you for taking time to read this, Ms Penot , Best wishes to you, Jon David Dixson