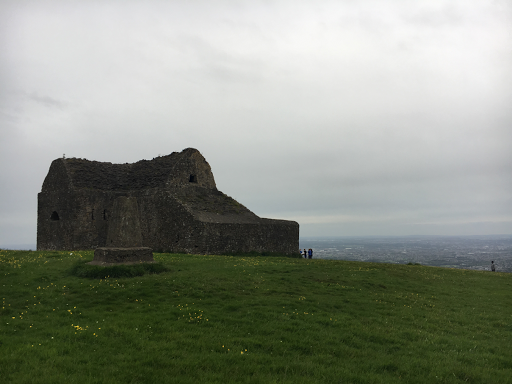 The Hellfire Club was a club of young, wealthy gentleman that came together in the early 18th century to rebel against traditional Christian ideology.   They were largely a product of the humanist movement and the Irish called the blasters, short for blasphemy.    The actual hunting lodge that is commonly called The Hellfire Club is considered to be one of the most haunted places in Ireland by some and was a meeting place for the blasters off and on. 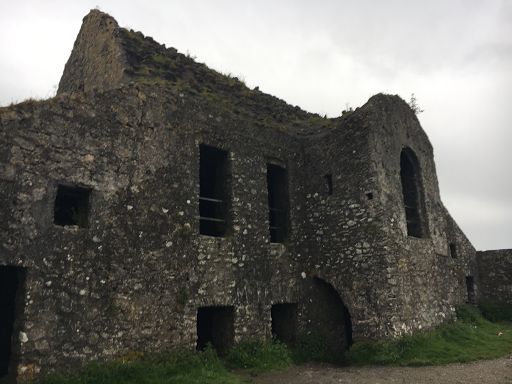 On my tour of the Hellfire Club today it was clear that the tour guide thought much of the darker history of Hellfire Club was nonsense, but that didn't stop him from telling it.  As we approached the club,  I could hear the screams of children.  It is a mile and a half hike uphill to reach the old lodge once owned by Phillip, The Duke of Wharton.  As the most spectacular views of Dublin appeared at the top of the hill, it was clear I hadn't been imaging the shrill screams that lingered in the cold, wet air.   A group of children were playing in the rain in the grassy area in front of the decaying lodge.  As our guide told us that the site we were standing on was once the site of an ancient Irish Cairn and burial ground,  I watched children dance and sing.

We went into the first room and our guide told us the story of a priest who had once visited the lodge.  The priest arrived for dinner and saw members of the club were treating a black cat as if it were the guest of honor.  When the priest asked why,  members of the club answered that the cat was the oldest and wisest of them.  The priest muttered an exorcism and the cat turned to smoke and returned to Hell.  Other stories include members of the club burning themselves alive to get closer to hell. One medium saw mountains of corpses in one chamber and tales of human sacrifice abound.  Campers there resort seeing demons in the walls and locals tell tales of burning cats fleeing the club.

History does show members drank to excess and had orgies at the lodge.  The guide reported that he has seen evidence of current occult activity while he has been up there.  People have left circles of candles and makeshift ouijii boards behind. When I was there, I had difficulty breathing, but that could be due to the cold air.  Whatever the truth hidden in the walls of Hellfire Club, it is a particularly cold and creepy place.  The natural beauty of the location juxtaposed with tales of satanic rituals and human sacrifice make you feel lightheaded and cold beyond measure. 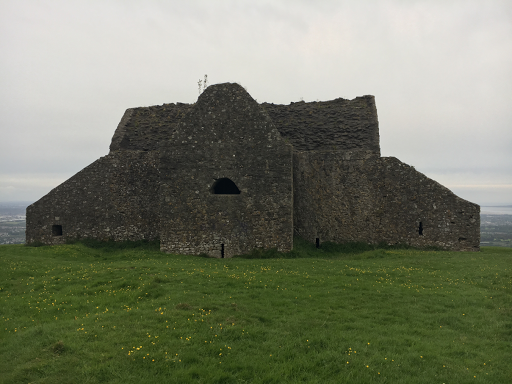 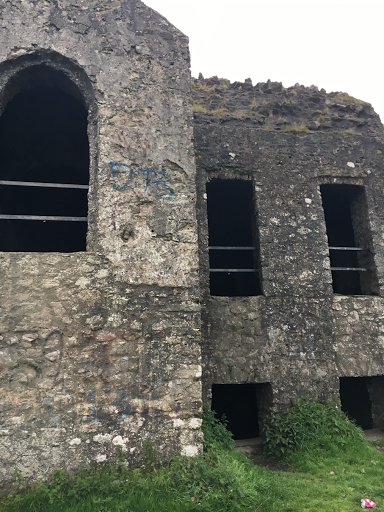 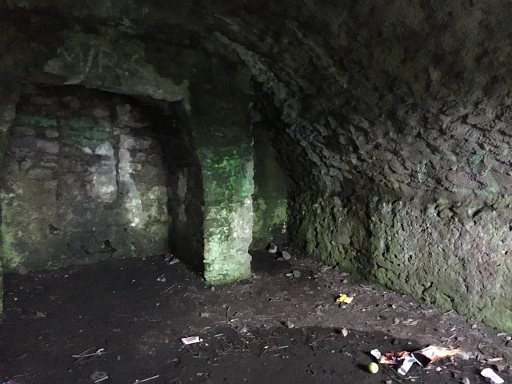 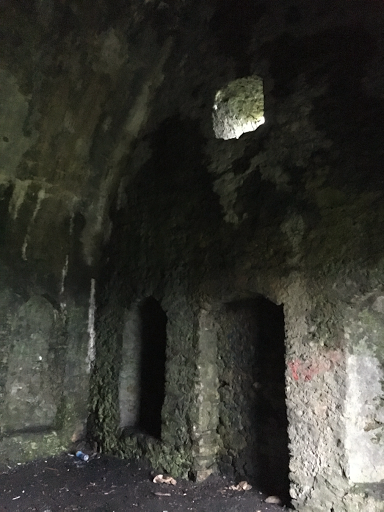 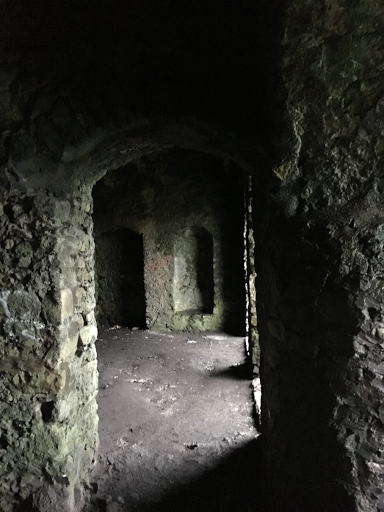 Anonymous said…
I think you are conflating the contemporary Humanist movement with Humanism of that time (which had a different meaning and did not refer to secularism).

The Hellfire Clubs were mostly places for rich people to get their ends away and waste the rent money paid to them by hard working peasants, Irish or otherwise. A few decades later and these tenants would be starving to death and these parasites had spent the money which could have saved them.

Jessica Penot said…
My sources were the local Historian who gives the tours of the Hellfire Club out of Dublin and Tarquin Blake. According to the local Historian, the Hellfire Clubs were inspired by the ideas of Humanism. You are right that they are a poor representation of humanism but they used the philosophies behind humanism as an excuse to over induldge. The clubs lasted until 1800 when the last member (Buck Whaley) died of "alcohol poisoning". (Blake, 2014). Most of the members died of similar ailments and although they didn't necessarily die poor they died of their excessive lifestyles. Many members died rich and came from rich families. The only confirmable evidence of actual Satanic activity didn't come from this club but from the home of a member where the murdered corpse of a dwarf and a satanic icon were found under the floorboards. You are right, everything I have read and heard supports the idea that the members of the Hellfire clubs were rich, spoiled hedonists who used humanistic ideals as an excuse to be terrible human beings.
June 12, 2017 at 1:51 PM