The Haunting of Castle Hackett 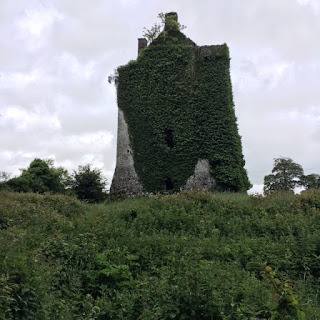 Somewhere between Headford and Tuam in County Galway, Ireland on a lonely road lives the remains of Castle Hackett.  There isn't much left of this castle.  It has been mostly reclaimed by the earth.  Ivy covers its stone walls and you have to pass through an archway of ivy to enter the castle. In many of the photos I took of the location, it is hard to tell if I was taking pictures of the woods or a castle.  Once you walk up a small, winding staircase you emerge onto what was once the second story of this once formidable tower house.  The second story feels as much like a quiet glen as a castle.  Trees have taken root in the stone and dirt and moss cover the floor.  Bits of the castle peak through the branches of trees, flowers and Ivy.  There is nothing left of the third and fourth floors.  You can look up and see the remains of fireplaces, but time has reclaimed all else.  Castle Hackett looks more like a fairy fortress now than a human one and that is appropriate as the castle is steeped in old fairy legends. 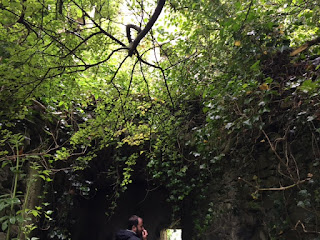 According to Irish legend,  the hill of Knockma that stands behind Castle Hackett is the home of the Sidhe and the fairy King Finvarra.  The fairy city  is built somewhere in the hill of Knockma.   In the 17th century the Kirwan family built Castle Hackett by the doorway to the fairy kingdom and haunting stories have been part of the stones of the castle ever since.  One morning a Kirwan lord described meeting a dark rider on a steed made of fire on his morning ride.  The man gave the Kirwan Lord answers to all his questions and helped him bet on the races.  Luck always followed the Kirwan family after this which was usually attributed to the fairy magic.   They prospered and their horses never lost in the races.  Sadly, in 1912 Colonel Denis Kirwin Bernard inherited the Castle Hackett estate and the castle was burnt in Irish Civil war.  The Colonel was a very unpopular man due to his stance in the civil war and although he was buried on Knockma Hill his grave was desecrated by locals.

Castle Hackett is said to be haunted still by the fairy king and all his subjects.  Local lore says that he kidnaps young women and carries them away to be his lovers.   Anyone who has visited Castle Hackett could believe this to be true as the castle is as close to a fairy kingdom as I have ever seen. 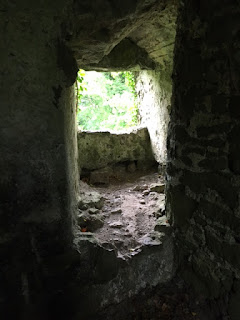 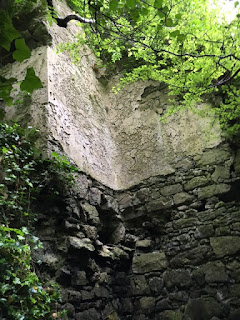 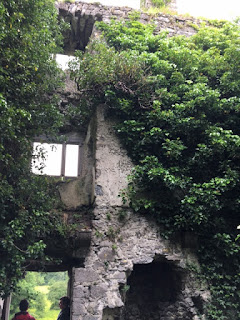 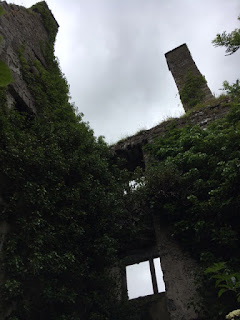 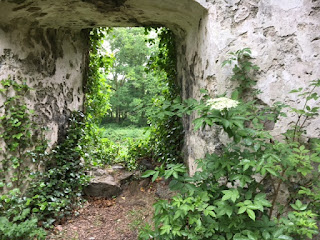 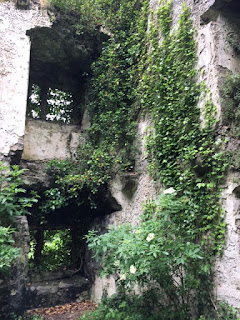 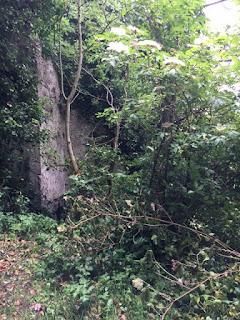 Unknown said…
I lived in the grounds of castle hackett in 1994. It is very haunted.

If you want to know about my experiences there, then please do email me.

I tried to write on here some of my experiences but it said there were too many characters and I didn't feel I could shorten it as it would lose its essence.

Unknown said…
I'm going to visit the area and would love to hear your story. Also, I'm wondering if this castle can be visited for photos. Would you please let me know how to contact you? Cheers! Kelly
September 3, 2019 at 6:17 AM

Unknown said…
(ps - you can reach me directly at kwoganphotos@yahoo.com)