A Journey Through The Most Haunted Castle in the World 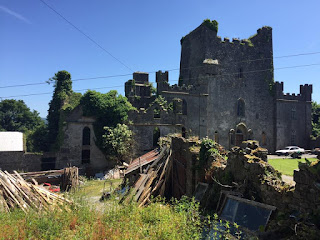 Leap Castle is not easy to find.  It isn’t off any major roads nor is it by any reasonably size cities.  The castle is notoriously haunted and has been seen on many ghost hunting television shows and is in almost every haunted Ireland book or article ever written.  Many people call it the most haunted castle in the world…. or at least in Europe.

When I found Leap Castle, I was sure I was in the wrong place.  I was expecting something terrifying and imposing.  I was expecting a Gothic castle from a nightmare that was well marked and either closed off or open for national tours.  Leap Castle is neither of these things.  As we drove through the gates and down the long driveway to castle, I thought I had accidentally pulled up into someone’s home.  The castle itself was mostly a ruin, but the front door looked inviting and there was a lovely garden and a green house.  Fluffy cats emerged from shady places to mew for pets.  We rang the doorbell and an old Irishman from a fairy tale answered the door.  He had a long gray beard and a welcoming smile. He didn’t say anything.  He waited for us to speak and I was sure at this point we were at the wrong place.

We asked for a tour of Leap Castle and he let us in.  He didn’t ask for money and he showed us about his main sitting room and his sun room.  He let me walk through his kitchen to his bathroom that was decorated with glitter, transparent, ocean themed toilet seats and accessories.  It felt like my grandmother’s bathroom.

The main living area was filled with dear heads and taxidermied animals but it didn’t feel haunted or terrifying.  The sun room offered a beautiful view of the valley and was filled with so many plants it was hard to move.  Strange paintings and odd statues littered the walls and floors.  There was a huge fire in the fireplace.  It was a little cramped and the gentleman said nothing about ghosts as he showed us around.

Finally, I asked if the castle was haunted.  Mr. Ryan, the owner, responded that they would never call it that in Ireland.  He said the castle had spirits.  He said lots of old places in Ireland have spirits and that he was comfortable with the spirits of Leap Castle.  He said they never did them any harm.  They made their presence known and that was all.  He then showed us the way up a long, precarious, winding staircase up to the “Bloody Chapel”.  He told us to be careful to close the door because there was quite a draft.

We climbed slowly up to the chapel, looking in small halls and doors as we went.  The place was surreal and the further you climbed up the more unreal and disconnected I felt, buy the time I got to the chapel my phone was down to 2% charge and I had charged it before arrival.  I had just enough battery to take a few photographs.  Doors lead out of the chapel.  There were more winding staircases, but the stairs were littered with crows nests and debris.  We were alone and discussed trying to descend them, but the first staircase had featured cracked steps and holes and these staircases seemed even more treacherous.   We also suspected one of the staircases was the path to the bloody Oubliette, from which numerous corpses had been pulled out of in the 1800s.
We descended to the entry way carefully and listened to the gentleman play the flute and left.  Again, Mr. Ryan’s music seemed out of place.  It was beautiful and upbeat.  We bought a CD and paid him twelve euros and left the way we had come. The cats said goodbye.

This seems like a strange end for a place that was once the location of such terror.   Despite our dread ascending the winding staircase, the rest of the castle seemed strangely peaceful.  The history of the castle is long a filled with death.

According to Wikipedia:
“There are varied accounts as to when exactly the main tower/keep was constructed; ranging anywhere from the 13th century to the late 15th century, but most likely around 1250 CE. It was built by the O'Bannon clan and was originally called "Léim Uí Bhanáin" (as was the fertile land around the castle which was associated with the Bannon clan), or "Leap of the O'Bannons". The O'Bannons were the "secondary chieftains" of the territory and were subject to the ruling O'Carroll clan. There is evidence that it was constructed on the same site as another ancient stone structure perhaps ceremonial in nature, and that that area has been occupied consistently since at least the Iron Age (500 BCE) and possibly since Neolithic times.

The Annals of the Four Masters record that the Earl of Kildare, Gerald FitzGerald, tried unsuccessfully to seize the castle in 1513. Three years later, he attacked the castle again and managed to partially demolish it. However, by 1557 the O'Carrolls had regained possession.
Following the death of Mulrooney O'Carroll in 1532, family struggles plagued the O'Carroll clan. A fierce rivalry for the leadership erupted within the family. The bitter fight for power turned brother against brother. One of the brothers was a priest. While he was holding mass for a group of his family (in what is now called the "Bloody Chapel"), his rival brother burst into the chapel, plunged his sword into him and fatally wounded him. The butchered priest fell across the altar and died in front of his family.

In 1659, the castle passed by marriage into the ownership of the Darby family, notable members of which included Vice-Admiral George Darby, Admiral Sir Henry D'Esterre Darby and John Nelson Darby. By the time the castle was owned by Jonathan Charles Darby. His wife Mildred Darby wrote Gothic novels and held séances in the castle. This led to the publicity about the castle and its ghosts. The central keep was later expanded with significant extensions. However, in order to pay for these extensions, rents were raised and much of the land accompanying the castle was sold. This is one theorised motivation for the burning of the castle during the Irish Civil War in 1922.
In 1974 the castle was bought by Australian historian Peter Bartlett, whose mother had been a Bannon. Bartlett, together with builder Joe Sullivan, did extensive restoration work on the castle up to the time of his death in 1989.

Since 1991, the castle has been privately owned by musician Seán Ryan, who is continuing the restoration work.” (Wikipedia)

The Castle is also said to be home of an Oubliette.  There was a room where live prisoners would be entombed to die slowly and dead bodies could be tossed when they became inconvenient.  The spirits of the castle are said to be many, but Mr. Ryan seems to be comfortable enough with them and I suppose I would be too. 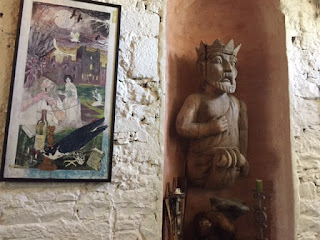 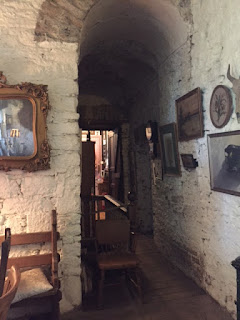 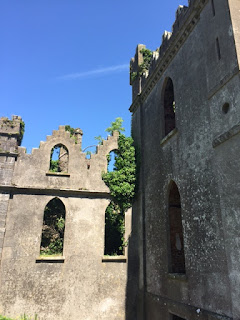 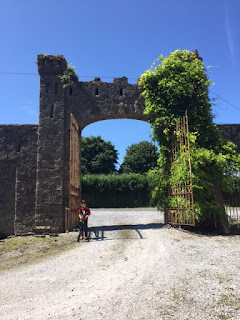 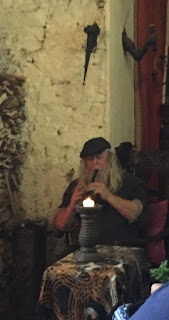 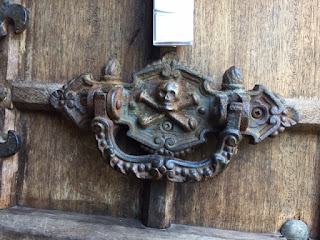 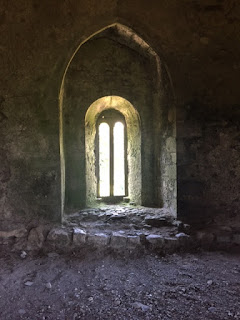 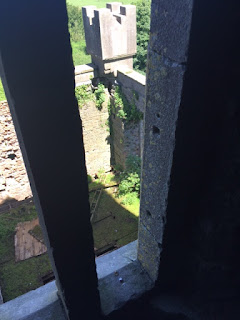 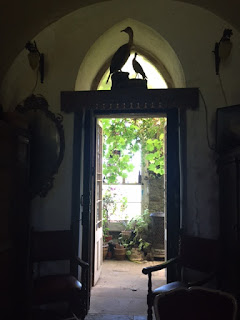 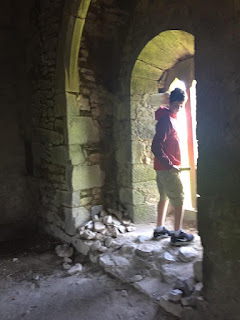 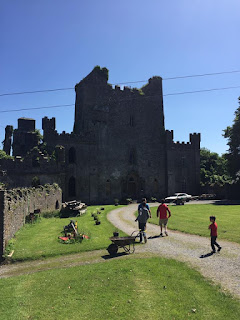