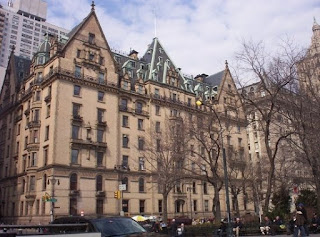 It has been a long time since I regularly posted on this blog.  I used to post every day, but as I have recently been consumed by novel writing I have lost track of my passion for the paranormal.  This seems particularly sad to me as ghosts are what pulled me to writing in the first place.  Haunted North Alabama was my first book and I still love retelling the tales from that collection of regional folklore.  With the sequel to my kindle best seller The Accidental Witch is coming out his year, I have had a little time to return to my first love.  As I return to my passionate collecting of ghost stories, I had to think back on what I did to be able to write a ghost story a day when I started this blog.  I was able to do this by traveling.  So, for my first step to discovering ghost stories again is to travel to New York in two weeks and find some of New York’s most interesting haunts.

My first step in planning my journey was to research New York’s most interesting haunted locations.  I have already explored New York’s haunted side before so I wanted to go places I had never been before.  After reading and ruling out what I had already seen, I finished with this list for my haunted New York trip.

1.      *  Washington Square Park:  I am always drawn to parks with sinister histories and Washington Square’s history is more sinister than most.  Before it was a park, Washington square was a burial ground for the poor and slaves.  The ghosts of those who were once buried in this ghostly attraction still come out at night to torment visitors.  There is also a tree called Hangmen’s Elm I would like to see and learn more about.

2.     *   The Merchant’s House Museum:   This museum was once the home of Ms. Gertrude Tredwell.  Ms. Tredwell was so dedicated to her family home that she is said to still haunt this museum to this day.   This museum is said to plagued by many disturbing apparitions including strange smells, odd sounds, and full body apparitions.  I also added this location to my list because I love museums and any excuse to go to one is good enough for me.

3.       * St. Mark’s Church in the Bowery:   Old Churches are always haunting but this old church is more haunting than most.  This church is more than 200 years old and is said to be haunted by Peter Stuyvesant, the governor of New Amsterdam.    He isn’t alone in his haunting either, spectral women and strange men have also been seen wandering the lovely, church.

4.   *    The Dakota:  I have a passionate fan of architecture and The Dakota, an apartment building on 14 West and 10th Street, has some breathtaking architecture.  It is also where John Lennon was shot.  Yoko Ono and John Lennon lived here together and Ms. Ono reported that she continued to see him here long after his death.   His ghost isn’t alone in this gothic building.  Looming shadows and haunting women also call this apartment building home.