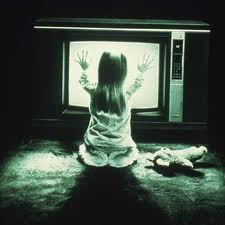 In folklore, a poltergeist is the apparent manifestation of an imperceptible but noisy, disruptive or destructive entity.   Poltergeist means "noisy ghost" in German.  Poltergeist cases differ from regular hauntings in that they are particularly loud and often cause objects to move.  Physical harm to people is also possible in these cases.

Poltergeist activity has historically been some of the most interesting supernatural activity.   Take, for example, stone throwing poltergeists. Stone-throwing poltergeist phenomena cases date back, at least, to 530 CE when it was recorded that Deacon Helpidium, King Theodoric of the Ostrogoths’ physician, was besieged by stones. One of the more interesting cases of stone throwing poltergeist activity is the Grottendieck case. In 1903, a Dutch engineer living in Indonesia, Grottendieck, awoke to a storm of rocks falling through the roof of his hut and hitting him on the head.  Grottendieck was perplexed, but the serving boy was horrified and he ran away into the jungle.

No sooner had the boy fled than the rocks stopped falling. Grottendieck saved several of the stones. Grottendieck published a story on this incident in the Journal of the Society of Psychical Research. His hypothesis was that the stones had been sent by the ghost of his dead sister who was trying to communicate with him from beyond the grave. Many other researchers disagreed and believed that the rocks were a product of poltergeist activity brought on by the serving boy's subconscious mind. There was never any consensus on the cause of this strange case and people still conjecture as to what might have caused the strange falling stones.

The first theory is the most obvious.  This is that a particularly hostile spirit is causing the activity.  In the infamous  Bell Witch case from Adams, Tennessee,  Betsy Adams was tortured by a malignant spirit that they called the Bell Witch.  Betsy Adams attacker was aggressive and hurt her and those close to her physically.  Betsy eventually died of her injuries.   In this case, the belief was that a hostile spirit in the form of the Bell Witch was causing the moving objects and the harm to young Ms. Adams.

The second theory is less obvious but can be seen as possible in both the Grottendieck case and the Bell Witch case.  Poltergeist cases usually seem to center around one person.  The activity only occurs when that person is present and the harm occurs only to those within proximity of the target person.  In the Adams case, it was Betsy who was the center of activity.  In the Grottendieck case, the young serving boy was the center.  Those who have observed this argue that poltergeist activity is caused by psychokinetic activity of the target person.  Here is a quote from Wikipedia on the subject that I think sums up this theory very well:
"In parapsychology, Nandor Fodor proposed that poltergeist disturbances were caused by human agents suffering from some form of emotional stress or tension. William G. Roll studied 116 different poltergeist cases and found that the agents were often children or teenagers, and supposed that recurrent neuronal discharges resulting in epileptic symptoms may cause recurrent spontaneous psychokinesis (RSPK), which would affect the person's surroundings."

Of course the last theory of poltergeist activity needs to be mentioned.  It is the belief that all of these cases are pranks or hoaxes.  I don't think I need to discuss this too deeply because it is the obvious belief of all skeptics.

So it is hard to say what causes poltergeist activity in the end.  I tend to believe Fodor.  My childhood home was filled with poltergeist activity when I was young.  Keys moved across the table on their own.  Our ping pong table was crushed.  Stack of boxes migrated.  My father, an engineer who thinks the paranormal is utter nonsense, has never been able to explain these events despite all of his logic and engineering knowledge.  The events began when my sister fell into a depression and ended when she left the house.

Little Gothic Horrors said…
How interesting! Do you know whether there has been any other poltergeist activity in places your sister has lived in since she left the family home?
July 24, 2012 at 3:38 AM

Julie Ferguson said…
That has always been my thought too that a person is the cause of the poltergeist activity.
July 24, 2012 at 8:46 AM

Andrea Heltsley Books said…
This is a very interesting post! I am a new follower, just did a spotlight on your book for the book tour:) please check my site out at http://andreaheltsley.blogspot.com
Thanks!
July 24, 2012 at 9:09 AM

cabinet of curiosities said…
People/individuals are the cause - either by pk or trickery and often both.
July 24, 2012 at 10:09 AM

Jessica Penot said…
Little Gothic Horror... The poltergiest theory as a consequence of people argues that the activity only occurs when the person is in psychological distress. My sister is happy now and nothing has happened since.

Andrea... yay! I'm so glad. I'm heading over there right now. Thanks!

Jessica Penot said…
Wilkes booth shot Lincoln but he also attacked him with knife which Rathbone deflected. They do a lovely presentation on the events at the Ford theater where Lincoln was shot. You should stop by sometime. It is good fun and good history. I didn't get into the details of Lincoln's assassination because I didn't want it to be his story. Rathbone was stabbed by Booth and that was what this tale was about. There are hundreds of stories about Lincoln. Rathbone's tale is forgotten. That is why I focused on it.

The Bell Witch tormented the entire family but Betsy was more tormented. This is the heart of the poltergeist disagreement. Those who believe it was a spirit believe that the family was tormented as a whole.. Those who believe the person centered theory argue on behalf of Betsy. It is good to see someone so impassioned on the issue. I think that your passion reflects many people's passion. Poltergeists have been controversial and that is part of what makes them so interesting. I think you are correct, however, in that more people believe the spirit hypothesis.
July 28, 2012 at 9:32 PM

mike said…
Hi Keith.I am an eye witness of a poltergeist happened to my neighborhood took 2 month . it was started in an evening breaking one window and the family had to leave the house and stay in the street terrified . they thought somebody is throwing stones from neighborhood so their 5 sons called their cousins and all went on rooftops of neighbors to see who is the thrower.couldn't find anybody responsible and ...
October 19, 2017 at 7:24 AM

mike said…
Hi Jessica. As an eye witness of a poltergeist I am doing research about this. I will be happy if we can work on this coz it's a lot of things which I believe it has something to do with an uncontrollable phenomena up to now. I am seriously into it and ready to find some cases that right away might be going on somewhere. We need to make a team and go there to ...
October 19, 2017 at 7:31 AM