The Ghost of a Girl Named Howard

The Weedon House was built in 1817 and sits at the center of Huntsville, Alabama's historic district.  It is surrounded by constitution village and other historic structures.  It is a classic example of Federalist style architecture and was home to Howard Weedon, one of Huntsville's more renknowned female artists. Ms. Weedon was famous for her lovely and touching paintings of African Americans.  In an era when most African Americans were depicted as either animals or fools, she captured the spirit of her subjects and gave them life and humanity.  Her painting were even used as models for some of the characters in Gone with the Wind.  When Huntsville was occupied by Union forces in 1862, the Union Army requisitioned Weeden House and used it for its officers quarters.  After the war, Howard Weedon and her sister Kate lived out their lives in Weedon House.  There, Howard was able to paint and live her dreams of creation as a starving artist.  Ms. Weedon lived and died in Weedon house.  Some say she still stays there.  Weedon House now belongs to the city of Huntsville and is open for tours.

My mother got to visit the Weedon House this week.  She interviewed to be the director of the museum that now occupies the house.  I'm keeping my fingers crossed for her because she has a passion for history and old houses and she would do an amazing job tending to this old house.  While she was there, she saw water damage on the walls and those interviewing her explained that the walls always weep there.   They aren't sure why and they haven't been able to stop the weeping.   Those that believe in ghosts site this as the most conclusive evidence of a haunting a Weedon House.  The walls there always weep and no one knows why.  The weeping isn't the only sign of haunting in the old house.  The old grandfather clock in the foyer is said to continue chiming even though the clock has no working parts and phantoms have been seen lingering in the upstairs window.   I hope my mother gets her job at the Weedon House, maybe I can learn more about the ghosts there and maybe I can find the secrets behind its weeping walls. 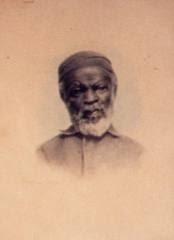 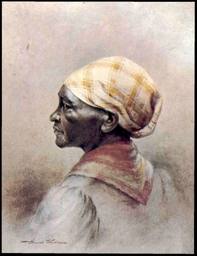 Pam Morris said…
beautiful paintings by this artist and sure hope things work out for your mom and this house!
March 7, 2012 at 3:32 PM

Little Gothic Horrors said…
Beautiful artwork! I so hope your mother gets this job. How wonderful it would be for her!
March 8, 2012 at 4:42 PM