My Daily Bedlam and the Ghosts of the Lost Regiment 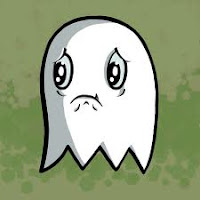 I have fallen quite behind on my blogging lately.  I have also fallen behind on my blog reading.  The world of haunted and dark blogs I usually keep up with has been lost in the fog of chaos that is my life.  This is not surprising since I can hardly keep up with the laundry and making sure I have all my clothes on right side in lately.  It is my goal over the next few weeks to pull things back together and start keeping up with things again, but I offer my apologies in the meantime.

Several things have kept me away from my blog over the last several weeks.  One of the largest things was Haunted Chattanooga.  I have been working slowly on this book for History Press for a while and procrastinating with all the power in me.   The deadline was this month and all my procrastination caught up with me.  I had to write the book.  Thank God Amy Petulla of Chattanooga Ghost Tours is my co-author, because she saved me on this one.  She was organized and knew the ghost lore of Chattanooga like the back of her hand.  Besides writing her own portion of the book, she helped me pull my portion together in a way that actually made sense.  So I've been buried in ghost stories, but unable to write here.   A few other things have slowed me down a little.  My dog had puppies, which has kept me very busy, and I'm pregnant and the waves of morning sickness have been bad enough for me to take a few months off work to lay in bed and wonder why I thought having children might be a good idea.

I've met my deadline now and I'm feeling a little better and I'm determined to catch up.  I want to catch up on my blog writing and reading.   For now, here is a small taste of Haunted Chattanooga in the form of one small tale from Lookout Mountain.  There are many, many ghost stories from Lookout Mountain, but this is one of my favorites.


It is not surprising that the Civil War left its fair share of ghosts behind on Lookout Mountain.  Many battles and skirmishes were fought in the mountain's massive shadow.  So many men died in the mountain's shadow that the soldier's sorrow has left an imprint in the stone. One of the more famous ghost stories of the mountain is a about a group of Union soldiers that got lost while fighting in the skirmishes at the base of the mountain. They became so lost that they wandered away from the battle to the other side of the mountain. They had already seen combat, so as they wandered the mountain they lost blood, food and morale. This was only made worse when members of their group began to die. Unfriendly locals helped pick off the gang of lost men, driving them deeper into the woods and further into a state of panicked madness as they realized that they might not ever make it off the mountain alive. The last that was seen of this lost regiment, there were only seven Union soldiers left alive. They were last seen in Blanche, Alabama, heading up the mountain. Residents of the area still say that they see the ghosts of the regiment, however. They say that they hear the soldiers’ ghosts crying out in the night. They say that the ghosts of the lost regiment still wander the mountain, trying to find their way home.
Email Post
Labels: Alabama Ghosts Haunted Chattanooga Lookout Mountain Ghosts The Ghosts of the Lost Regiment

Jeffery said…
Don't apologize for taking a step back Jess! A new life is far more important than mouldering old ones who aren't in a hurry to go anywhere. Do some Yoga, eat some pickles and try and relax. Things will work out the way they always do. The new book sounds fascinating!..Cheers!
May 31, 2011 at 9:29 AM

Anonymous said…
i agree, take care of yourself first. we'll be here when you're ready.

i'm catching up on a hugh mound of laundry right now too. one of my problems is the freakin' migraine headaches. i gotta do what i can to catch up before they strike again.

Chris 'Frog Queen' Davis said…
Agreed, take the time you need to do things that need to be done. Don't worry, we will always be here when you get back!

Scared said…
Congratulations and don't worry about getting back to the blog until you're ready because the ghosts aren't going anywhere.
June 2, 2011 at 10:23 AM

Pam Morris said…
yeah, geez, just take care of yourself--being pregnant isn't easy (esp. in the bloody heat)-- the faithful will remain and look forward to your blogging whenever you can get back to it! :)
June 8, 2011 at 2:42 PM