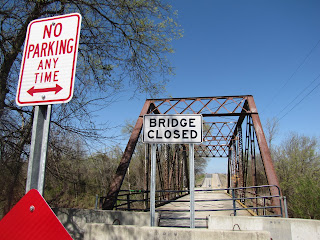 Ditto's Landing used to be a thriving port town.  It is now a ghost town.  It really isn't even that.  It has vanished completely.  In 1807 James Ditto started to ferry people across the Tennessee River from what is now Ditto's Landing.  This business grew and by 1827, the town of Whitesburg was born as a thriving port town.  Hundreds of tons of cotton went through Whitesburg every year.  They went up and down the river.   By 1907, the town was dead.  It was killed by trains and faster modes of transportation.  What is left at Ditto's Landing isn't much. It is still a pretty place.  The old Whitesburg Bridge still stands gracing the landscape.
The Whitesburg Bridge has had more than its share of tragedy.  In 1916 David Owen ran for the office of Judge.  He ran against Judge Lawler.   By some strange circumstances,   David Owen met Judge Lawler on the Whitesburg Bridge and shot him.  This would be the first of a series of strange deaths on the now quiet bridge.  The Sheriff then shot himself on the bridge.  His son shot himself on the bridge and a well known Lawyer shot himself on the bridge.  For whatever reason, the bridge seems cursed by death.
Today, you wouldn't have known that the bridge was haunted.  It was a quiet day and fisherman dangled their lines into the serene water beneath the bridge.   At night, they say the ghosts of the men who died at this bridge still walk.  You can hear their screams in the dark and a few fishermen even claim to have seen the ghosts of dead man's bridge.  Even in daylight, I caught a few peculiarities on film while photographing the bridge.  Strange lights appeared in many of my photographs.  The picture below shows my son standing next to one of a dozen strange lights I photographed on the bridge. 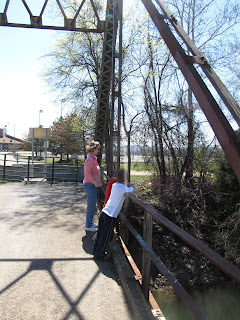 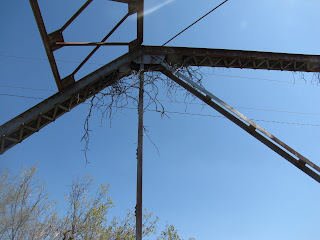 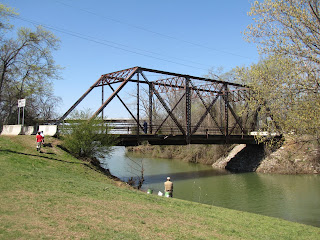 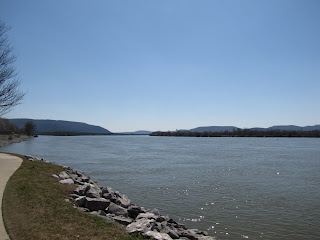 Rick said…
Jessica, you know so many interesting ghost stories! Thank you for all that you do to get the word out about the paranormal.

At the end of April I'm giving a talk on ghost hunting at Penguicon (a science fiction and fantasy convention in Troy, MI), would you mind if I referred people to your website and showed in on the projector screen to highlight the quality of your website (properly attributing everything on it, of course)?
March 18, 2011 at 5:24 PM

-Lou said…
Another very cool post. I'm especially fond of "lost towns" and other places that were once beehives of activity that now sit abandoned, slowly being reclaimed by nature. Unlike the stereotypical "haunted house", it's interesting how some places can look positively tranquil by daylight, at least until you hear the folklore surrounding them...
March 18, 2011 at 9:15 PM

You can not believe just how much time I had spent for this
info! Thank you!

Jessica Penot said…
No. It is actually in Huntsville Alabama at Ditto's Landing. Sorry.
October 3, 2013 at 7:52 PM

Anonymous said…
I think the old Whitesburg bridge was moved from Ditto landing .. not sure what this one is.