The Ghosts of Childhood 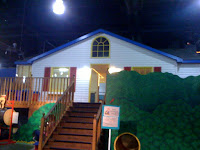 My son is in a summer camp this week at a place called Sci Quest.  Sci Quest is a hands on science museum that gives children a chance to interact with the exhibits.  He and a few of his friends are in a mystery camp, which they love.  Aside from the scheduled activities,  children are also given a chance wander on their own through the museum and explore.  Yesterday my son took me to all his favorite places in the museum.   His top spot,  is a corner in the basement of the giant play house there.  According to my son and all his friends,  this corner is very haunted.

The boys told me about the ghost with straight faces.  They believed what they were telling me.  While they were playing,  they heard a ghost laughing.  It even told them to move a block.  My little one says that he even saw the ghost.  They believe the ghost is the ghost of a boy who was lost in the museum and never found.   I love their story for so many reasons.  I love it because this is what childhood is.  It is a time of myth and magic where fantasy and reality blend into something wonderful.  It is a place where stories are real and little legends spread from child to child until they are almost real.

I also love it because I believe this is the way some of my favorite stories must have started.  The more deeply I have researched the origins of many local ghosts stories,  the more I have learned that many have no basis in any recorded history or fact.  They start with one person who hears a whisper in the shadows and tells the story.  I think often some of these stories may have been started by a youth or someone with the imagination of a child. The stories spread and grow until they  become real.   These ghosts of childhood linger and catch like fire until sometime in the future I might read somewhere on Shadowland's Haunted Index that Sci Quest is haunted by the ghost of a lost child.  I know that many ghost stories do have real histories, but I still love the ones that start in quiet places between people with great imaginations. 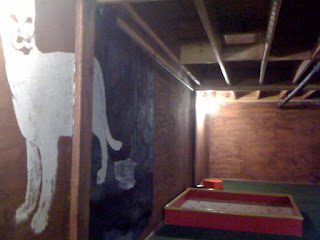 magikalseasons said…
Love that! Wonderful and fasinating he's really getting lots of mystery at his camp!
June 16, 2010 at 10:21 AM