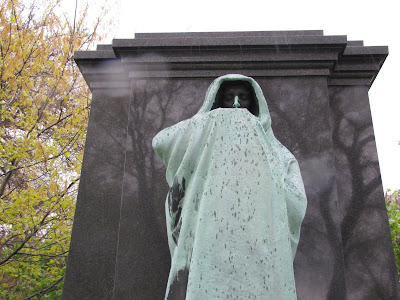 Every cemetery is different.  They tell the story of those within.  They speak of culture and history and death in a way that is unique to them.  Each cemetery has stories and ghosts.   Graceland's ghost is the face of death himself.    When you drive into this overwhelming cemetery in Chicago,   you'll pass many enormous monoliths and great mausoleums.   They are so big they dwarf the ancient trees that surround them.   Yet,  these oversized monuments are overshadowed by the unnaturally realistic statue of death himself that stands near the entrance of the cemetery.  He is wrapped in a dark cloak and the cloak falls over his face so only a portion of his features can be seen, but those features are so real you are almost waiting for him to open his eyes.

Death stands on the final resting place of former hotel owner and businessman Dexter Graves. Created by Lorado Taft, the artist christened the design "Eternal Silence" but the brooding and menacing figure has become more commonly known as the "Statue of Death".   Many people say that if you stand and stare at this grim statue you have visions of your own death.  They also say that cameras break and electronic equipment fails in the presence of death.  Of course, as evidenced by the photo above,  this didn't happen to me.  I tried to look at death and see my future doom,  but I saw nothing but the cold statue and that was enough.

Other ghosts are said to wander through this beautiful necropolis.   It is trully a wonderful place and amazingly beautiful.   Among the other ghosts haunting this example of art in death, is a little girl named Inez, who died many years ago.  It makes sense that many ghosts wander this cemetery because if I were a ghost,  I certainly would want to linger in Graceland Cemetery. 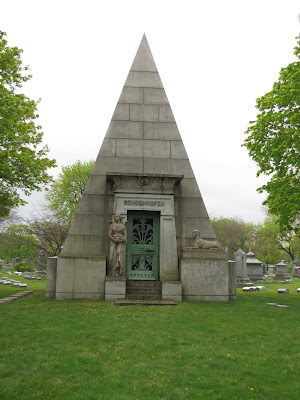 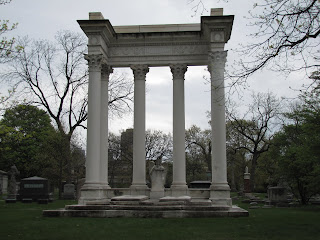 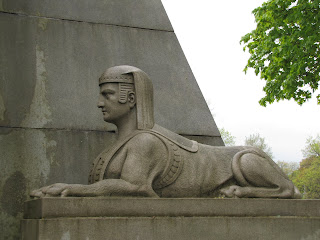 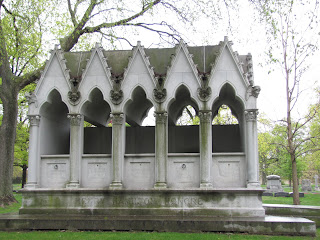 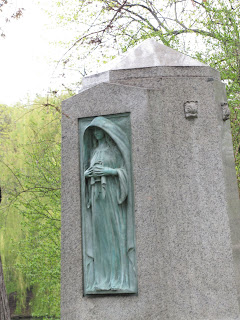 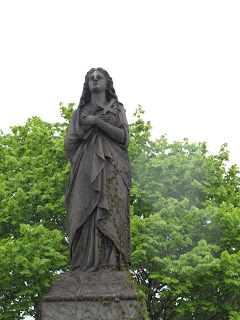 Sharon Day said…
I have the book Beautiful Death on display. My best friend and I decided that this summer, we were going to model as two of the statues we found inside--go to a cemetery and recreate it with makeup and fabric draping. We risk getting arrested, so we're going to have to find a lonely cemetery to pose in since one of the poses includes being topless and sprawled out on a grave. Yeah, that book was inspiring.
April 25, 2010 at 8:05 PM

Jessica Penot said…
Wow! If you do that in New Orleans you would be asked to be a regular and you would get paid, not arrested. I think that kind of vision requires the right city.
April 25, 2010 at 8:48 PM

Julie Ferguson said…
That first picture was very creepy. I like the great statues and other great sculptures you capture in the cemetery.
April 26, 2010 at 5:46 PM