The Haunted Halls of Athens State 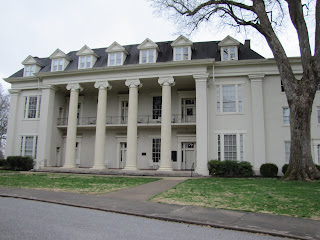 I travelled to Athens, Alabama today where I visited the oldest college in Alabama and took pictures of  the University's haunted halls. Athens State University was founded in 1822 and is haunted by numerous ghosts.   These ghost's story tell the the story of the history of the school.  They are stories of lost love and tragic loss.  These stories are part of the story of the South.  The first is the story of a poor stable boy who died serving the head Mistress of Founder's Hall.  At that time,  Athen's University was an all girl's Christian College and the boy died serving the daughters of the old South.   Founders Hall is also said to be haunted by the ghost of a poor girl who died in the light of her own candle. 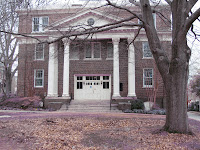 Since the night in 1914 when the building was dedicated, folks on the Athens campus have reported seeing the ghostly form of a young lady in a formal white dress in and about McCandless Hall. This apparition, holding flowers, has been frequently observed casting a strange light from the third floor. Some students have smelled her flowers. Others have seen the ghost in the dressing rooms, as if she were preparing for a perfor­mance. Her phantom footsteps have been heard throughout the stately old structure.  This beautiful ghost is said to be the ghost of Abigal Adams, a famous opera singer who performed at McCandless Hall.   She died on her way home from the University.

There are many more ghosts that wander the grounds of Athens State, making it one of the most haunted schools and places I have ever been to.  Tonight I am posting pictures, but I will tell the many ghost stories associated with this beautiful school more in depth when I have more time. 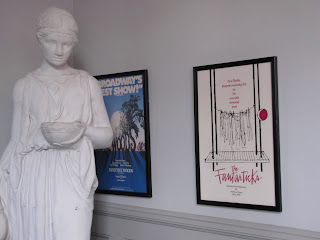 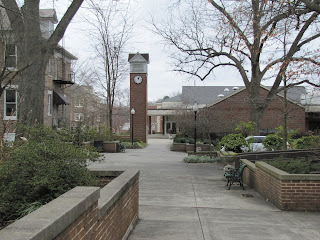 Sharon Day said…
Looks like it should be haunted--by looks alone. How moody and cool. I love those romantic southern ghost stories--they're the best, especially the lady in white ones.
March 26, 2010 at 9:58 PM

Anonymous said…
I had 2 books fly off shelf in the rare books room when the old library was in its place. I was a student there in the early 90's and you can feel the difference in the main building
September 30, 2012 at 1:04 AM

Anonymous said…
I sent you my email address. I have more haunted stories and knowledge on Athens and some more expieriences in the uptown square buildings!!
September 30, 2012 at 1:08 AM

Unknown said…
Wow I love ghosts and supernatural. My granddaddy lives in a old house in athens alabama and his house is definitely haunted
May 26, 2014 at 9:12 AM

Alison Aggen said…
I live here in Athens, AL and another ghost that haunts that college is a crazy murderer who escaped from jail and hit inside of a very small room (then the girls' art room). The door wasn't completely closed so there was a small crack. One of the policemen saw his eye and they tricked them by saying "He's not here! Let's go to the next floor!" (that is level 3.5/4). One of the policemen stayed behind and shot him between the eyes through the door.
December 7, 2015 at 7:47 AM